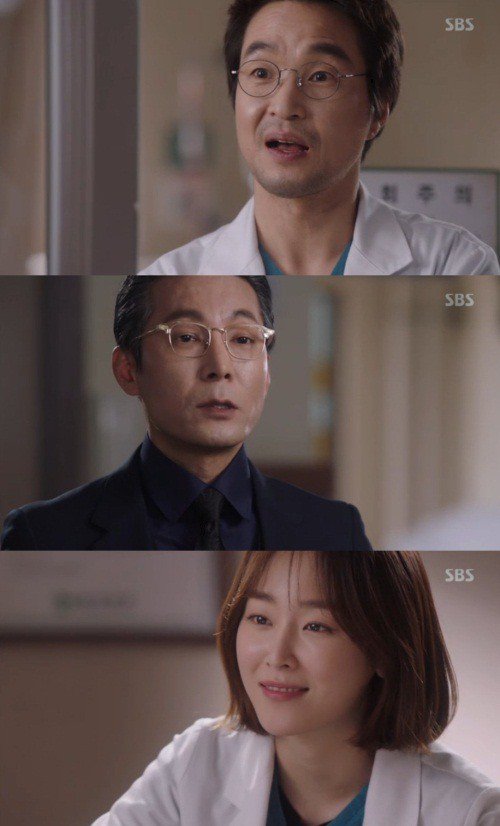 "Dr. Romantic" Han Suk-kyu and Choi Jin-ho disagreed with each other.

The cardiothoracic surgery team were impressed but Do In-wan (Choi Jin-ho) who wasn't happy with Kim Sa-bu's good fight and called him out on Yoon Seo-jeong's (Seo Hyun-jin) mistake. He warned, "There better not be a problem with his brain".

Kim Sa-bu said, "It's not likely. Maybe you don't know well because you're in the internal department. Don't you want the chairman to wake up again?" Do In-wan got mad and tried to argue but Chairman Sin's daughter stopped him.

Yoon Seo-jeong looked at the sleeping Chairman Sin and said, "Kim Sa-bu covered up my mistake very well. Now it's up to him and his will to recover from this".

"[Spoiler] "Dr. Romantic" Han Suk-kyu has a go at Choi Jin-ho"
by HanCinema is licensed under a Creative Commons Attribution-Share Alike 3.0 Unported License.
Based on a work from this source