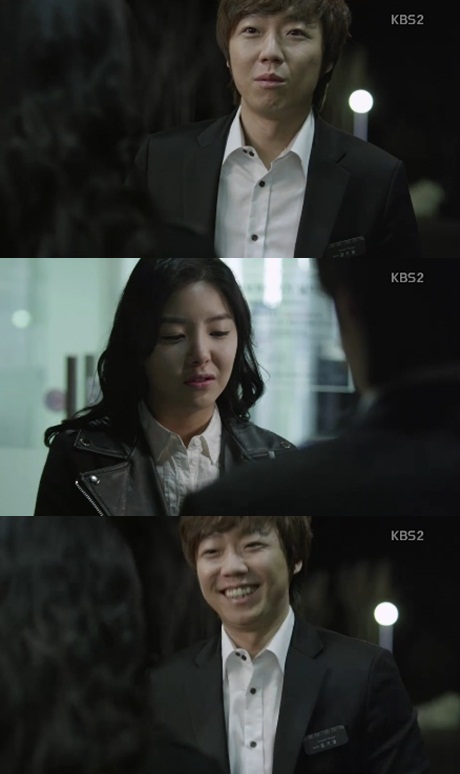 He appeared as one who handed out hamburgers to the agents of NSS.

He once revealed that his brother was the writer of "IRIS 2" and it was still a surprise that he appeared on TV this day.

Netizens say, "He's going to show off on "Gag Concert", "He's got something to gag about" and more.

"[Spoiler] Comedian Kim Ki-yul appears in "Iris 2""
by HanCinema is licensed under a Creative Commons Attribution-Share Alike 3.0 Unported License.
Based on a work from this source