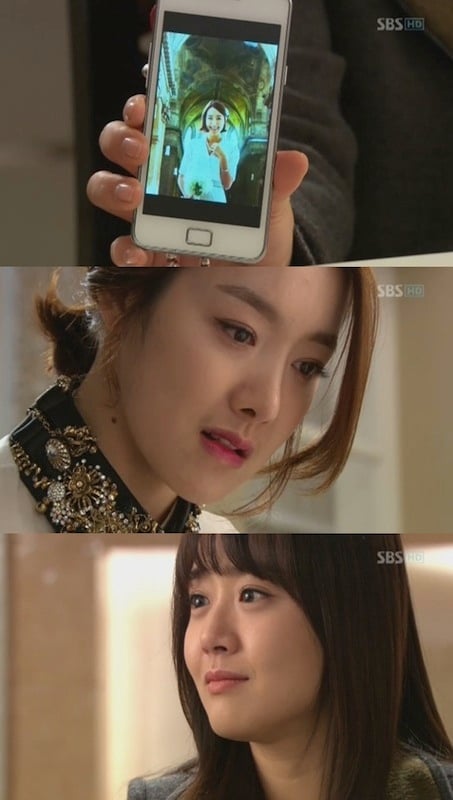 Moon Geun-young mentioned So Yi-hyun's past while she threatened her.

On the second episode of the SBS weekend drama "Cheongdam-dong Alice", Han Se-kyeong (Moon Geun-young) asked Seo Yoon-joo (So Yi-hyun), "I think you speak some French, have you been to France before?"

Se-kyeong then mentioned, "I heard you were Cha Yoon-joo in France. I saw the picture" and took out a picture of her getting married on her cell phone. Yoon-joo tried to erase it but Se-kyeong said, "You can erase it. It seems that your husband (Kim Seung-soo) doesn't know since you're so frightened".

"You said before that what you are is your effort, your talent. But did you work hard to get to that place?"

Yoon-joo then asked, "What are you trying to do? Are you saying you are going to bring me down with that one picture?" and Se-kyeong said, "That's right but I'm not trying to break you. I want you to teach me how you got there".

"[Spoiler] "Cheongdam-dong Alice" Moon Geun-young threatens So Yi-hyun"
by HanCinema is licensed under a Creative Commons Attribution-Share Alike 3.0 Unported License.
Based on a work from this source