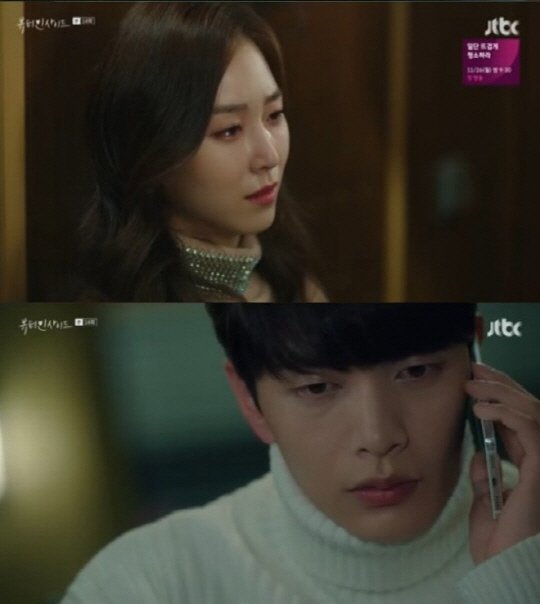 According to Nielsen Korea nationwide, the JTBC miniseries "Beauty Inside - Drama" rated 5.317%. This is an increase from the previous episode and a record breaker.

Han Se-gye (Seo Hyun-jin) broke up with Seo Do-jae (Lee Min-ki). She blamed herself for Seo Do-jae's inability to recognize faces. He didn't want to break up with her, but she left him.

She decided to leave him for good. She said, "You won't find me now. I am not Han Se-gye anymore, but I'm going to be many faces. Don't look for me. As Han Se-gye let me just say, I love you so so much". She left and Seo Do-jae cried because he missed her.

"Beauty Inside - Drama" has two more episodes to go.

"[Spoiler] "Beauty Inside - Drama" Seo Hyun-jin Leaves"
by HanCinema is licensed under a Creative Commons Attribution-Share Alike 3.0 Unported License.
Based on a work from this source