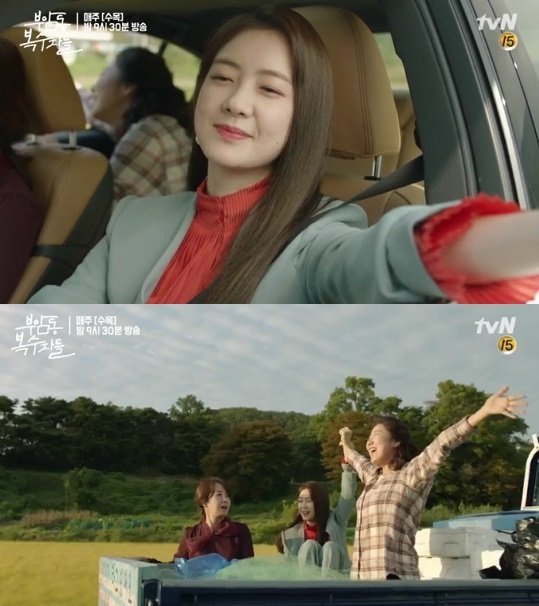 Kim Jeong-hye (Lee Yo-won) headed to the police station after getting a call from Soo-kyeom and Hong Do-hee. Lee Mi-sook followed her as they thought something might happen. They were on their way in a car when Lee Mi-sook asked, "Are we going far? Will we be back before dinner?"

However, Kim Jeong-hye didn't answer. Meanwhile, there was a truck in front of them carrying a load of hay that fell on them and they plunged into the rice paddies.

Hong Do-hee tried to 'seduce' passing cars into stopping and giving them a ride but failed. Finally, a truck stopped to pick them up and they took an unexpected open car trip.

"[Spoiler] "Avengers' Social Club" Lee Yo-won, Myung Se-bin, and Ra Mi-ran's open car trip "
by HanCinema is licensed under a Creative Commons Attribution-Share Alike 3.0 Unported License.
Based on a work from this source