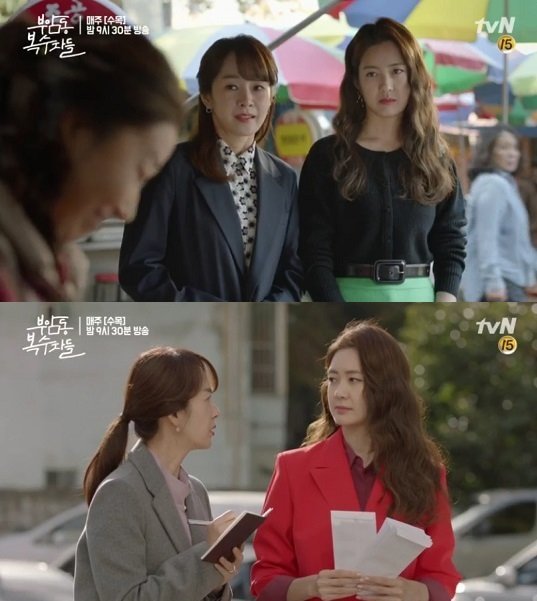 On the latest episode of the tvN drama "Avengers' Social Club", Hong Do-hee (Ra Mi-ran) was released from questioning at the police station over a case of food poisoning.

Kim Jeong-hye (Lee Yo-won) and Lee Mi-sook (Myung Se-bin) worried about her and she smiled, but people had already begun to gossip about how her fish had given someone food poisoning.

Meanwhile, Hong Do-hee sold all her fish and the three of them drank beer together.

"[Spoiler] "Avengers' Social Club" Lee Yo-won and Myung Se-bin sell all of Ra Mi-ran's fish "
by HanCinema is licensed under a Creative Commons Attribution-Share Alike 3.0 Unported License.
Based on a work from this source