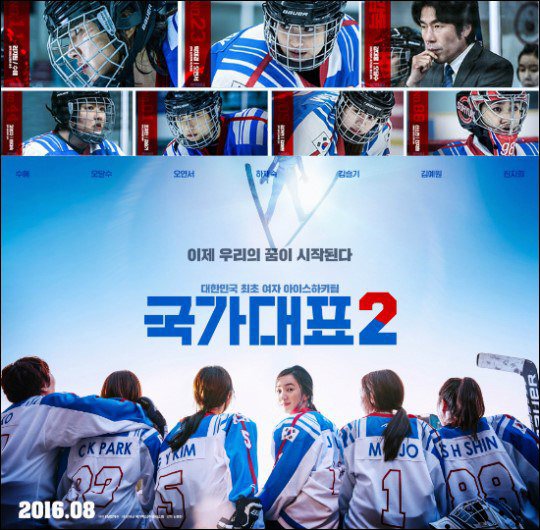 "Run-off" is the sequel to "Take-off" which recorded a shocking 8.4 million viewers. "Take-off" was about ski-jumping and "Run-off" is about the women's ice-hockey national team.

"Run-off" depicts the touching story of a women's national team that was suddenly formed for the sake of the Winter Olympics.

The cast includes Soo Ae and Oh Yeon-seo while director Kim Jong-hyeon is in charge.

At the premiere of "Run-off" on the 6th, director Kim said, "I wanted to create the ice hockey with high quality. I got what I wanted thanks to the hard working cast".

About the criticism that "Run-off" is very much like the handball movie "Forever the Moment", Kim said, "Besides the fact that it's about female athletes, it's a completely different story. I didn't feel any pressure about "Take-off"".

The actresses attended the press conference wearing their hockey uniforms. They claim they didn't feel pressure from the first movie and knew it was 'their movie' when they started reading the script. 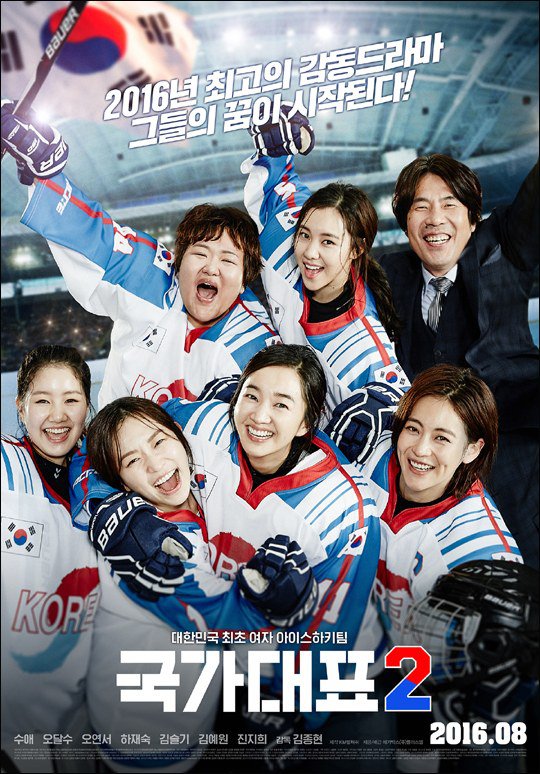 Soo Ae said, "I've wanted to work with other actresses and we became a team. We didn't care about looking pretty".

"In this uniform, we feel honored and we feel responsibility. Everyone did a great job and it's different from the first movie".

Oh Dal-soo took on the role of the national team coach Dae-woong. He said, "I felt comfortable because they treated me well. Everyone had a hard time on the ice rink and I think the hard work will pay off".

Oh Yeon-seo said, "I play the role of Chae-kyeong who gets eliminated from the tracks and becomes an ice hockey player overnight. I was so worried because I've never skated before. It turned out to be tougher than I expected".

"It was cold and tiring. Our exhausted faces are real. We developed team work while going through all that".

"I also love the fact that it's a women's movie. It was an honor and I hope for more like this in the future". 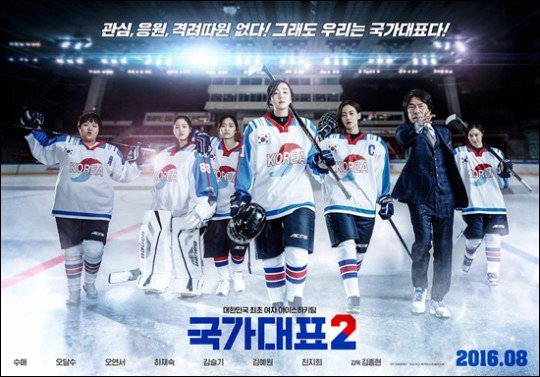 The movie stars a bunch of renowned actresses. Ha Jae-sook takes on the role of Yeong-ja, a regular housewife who becomes a different person on the ice rink and Kim Seul-gi plays Mi-ran, an accountant from the ice hockey federation.

Kim Ye-won plays Ga-yeon, a former figure skater and Ji Jin-hee is So-hyeon, a rising hockey player and the youngest one of the team.

The hard work the cast had to go through is unexplainable. They went through 2 hours of practice every day and for 6 months they ran and ran and ran again.

They started off with walking in skates and the training became harder with shootings and passes. They mastered techniques they needed for the movie and the actresses suffered from sore muscles every day. Ha Jae-sook injured her knee and Kim Ye-won even had her shoulder dislocated.

Kim Ye-won said, "I did my best but ended up in the hospital with a bad back and shoulder. I call it 'honor's injury'". Ha Jae-wook said, ""Run-off" was a challenge for me. I hurt my knee and had surgery done, but I made it".

Ji Jin-hee said, "I worried about tension as we are all girls, but I didn't have to worry about that".

Former and current national team athletes send their words of support. They are glad that someone recognizes ice hockey and hope for a national women's team in Korea.

"Soo Ae, "I gave up on dresses for "Run-off"""
by HanCinema is licensed under a Creative Commons Attribution-Share Alike 3.0 Unported License.
Based on a work from this source