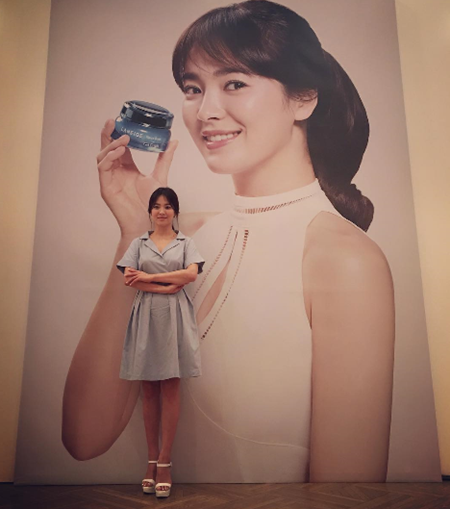 Song Hye-kyo has shared a part of her daily life after a while.

On June 24, Song Hye-kyo has revealed a photo of herself on her personal Instagram.

In the revealed photo, she stands in front of a large mural of her own photo.

Just by standing there, she has caught our attention with her radiant beauty.

"Song Hye-kyo shines just by standing there"
by HanCinema is licensed under a Creative Commons Attribution-Share Alike 3.0 Unported License.
Based on a work from this source