Song Hye-kyo in the Arms of 175-centimeter-tall Model 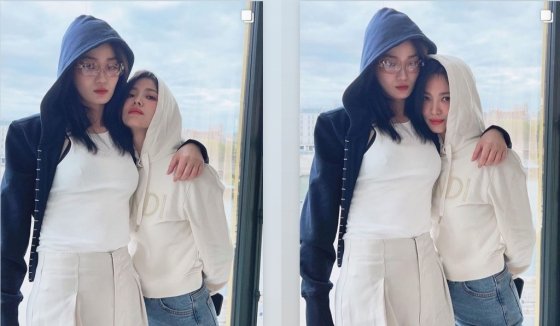 Song Hye-kyo re-posted Shin Hyun-ji's post on her Instagram story on the 13th, and two pictures containing friendly shots of the two were released.

The released photo shows Song Hye-kyo, in the arms of model Shin Hyun-ji who is known to be 175 centimeters tall. She is staring at the camera with a deadly look on her face and her incredible age catches the eye.

In particular, Shin Hyun-ji expressed her affection by tagging Song Hye-kyo's account, saying, "Completely my style", and left the caption, "Do you trust your younger sister?" and Song Hye-kyo responded cutely, "Yes!"

Meanwhile, she has confirmed her next appearance in the Netflix drama "The Glory". "The Glory" is a new work by writer Kim Eun-sook, and it is a thorough and sad revenge drama in which the heroine, who dreams of becoming an architect, drops out due to cruel school violence in high school and waits for the perpetrator's child to enter elementary school.