For Son Ye-jin, it is a drama where she will play the most comical character since her debut. For Lee Min-ho, it is a drama he chose after long consideration for his comeback role since KBS TV series "Boys over Flowers". For Kim Ji-suk, it is the last drama he will take on before entering the Korean military. For Wang Ji-hye, it is her first step toward creating a new image and for Im Im Seulong, it is his debut as an adult actor. Will the MBC series [tentatively titled] "Personal Taste" be remembered as a special drama that fulfills the taste of the public, just as it is turning into a special drama for the actors, each for his personal reasons? Below are excerpts from the Q&A session at the press conference for "Personal Taste". 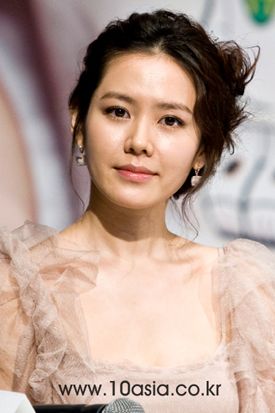 Q: How did you choose to do "Personal Taste"?
Son Ye-jin (Son): Up till now, I have played characters that were older than my actual age. I don't really look old, but I had come to choose older parts because I was trying to show my serious, deep side. The film "White Night" was very hard on me psychologically and physically, so I wanted to do a fresh, young drama befitting my age for my next work. So it wasn't hard to choose "Personal Taste".
Lee Min-ho (Lee): I wanted to do a masculine drama, so this was actually what I thought about the hardest when trying to choose my next role. I thought hard and I thought about the image that the public had of Lee Min-ho -- probably closer to a young man rather than a real man. I think I would do a better job playing heavy and more defined roles when I am older. I think "Personal Taste" was perfect because it is bright, cheerful but you can also laugh and cry over it as well.

Q: Your character Gae-in is similar to the "dried fish girl" in Japanese drama "Hotaru's Light".
Son: I heard from the director that the character of Gae-in was close to the actress in "Light", but I haven't seen it. I think that around the third or fourth episode, I give off a vibe similar to Nodame in [Japanese drama] "Nodame Cantabile". She lives in this fantastic Korean-style house called "Sanggojae" but inside there are instant ramen cups rolling around and she is very messy. And when Jin-ho moves into "Sanggojae" later and lives with her, they fight like cats and dogs. I think she will be the most ridiculous and comic-book-ish character I have ever played.

Q: There is probably a lot that you have to worry about as an actress, but you must feel some catharsis when you play Gae-in.
Son: I really like it. Right now I am completely into my character so I keep paying attention to other things besides acting such as my accessories and wardrobe. This is the first time that I'm talking directly to the writer and creating my own ideas. It is the first time in a long time that I have been happy about a role, so even though it is definitely hard on me physically, I am truly happy the moment I become Gae-in. 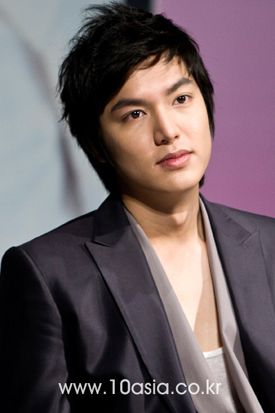 Q: For Lee Min-ho, this is your first drama in quite a while. There is a thing called the sophomore jinx -- do you feel burdened by this?
Lee: I feel less burdened but am more worried than when I did "Boys over Flowers". I am not burdened about the drama but had worries over how to express my character. First of all, Son Ye-jin is a great actress and other actors are excellent too, so I do feel the pressure and desire to receive good reviews on my acting as well.

Q: I think there are similarities between Goo Joon-pyo in "Boys over Flowers" and Jun Jin-ho in "Personal Taste" - how did you try to differentiate the two characters?
Lee: The director wanted to emphasize Jin-ho's cheeky personality, but I am trying to restrain that side as I build up on my character. I think that Jin-ho should not seem like Goo Joon-pyo.

Q: Are there any difficulties in expressing a character who pretends to be gay?
Lee: I don't know if he will end up pretending to be gay. He is being misunderstood at the moment. Jin-ho is not gay -- he is manly but is misunderstood as being gay for the circumstances he is in. So I am not worried about expressing a gay character.

Q: Ye-jin, do you have a fantasy about having a gay friend like Gae-in does?
Son: I do have a lot of feminine men around me and they are so much fun to talk to and even more sensitive than women. It is not easy to be friends with men, to be honest, but I feel very comfortable around them. 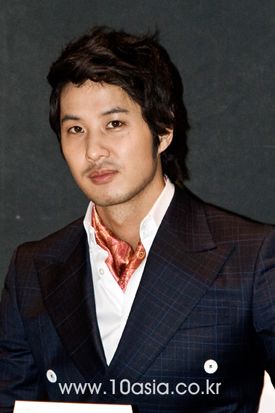 Q: How did you feel when you first saw each other?
Lee: A lot of people told me that Son Ye-jin was very impudent so I was worried, but when I met her, I found her very honest and down-to-earth. I liked her because she is the type of person who wants people to talk to her in a straightforward manner. She has a great personality so I hope other people wouldn't misunderstand her. (laugh)
Son: Min-ho was cast first in the drama and I thought a guy like Lee Min-ho would be attractive playing such a role. In general, male actors like to play rough, strong characters and do dramas with lots of action but I think Min-ho is very clever in choosing his work.

Q: It has been a long time since you worked with an actor around your age.
Son: I don't have a younger brother and have always worked with men who were older than me. When I met Min-ho, I started thinking it would be great to have a younger brother like him. I am worried that I might look like his older sister in the drama, but I'm relieved that Min-ho doesn't look young. (laugh)

Q: For Kim Ji-suk, there must be pressure that you have to continue the popularity that you achieved with "The Slave Hunters".
Kim: I was actually exhausted because the final shooting for "The Slave Hunters" and initial shoots for "Personal Taste" overlapped. But I don't feel burdened because I am just going to trust and follow Son Ye-jin and Lee Min-ho. Actually, even in "The Slave Hunters", I was only responsible for about three percent of the ratings. So [for "Personal Taste"] ten percent for Son Ye-jin, ten percent for Lee Min-ho and three percent for me, and then a bit higher rating overall with the help of the rest of the cast.

Q: This will be the last role you take on before you enter the Korean miliary. How do you feel about working on the drama?
Kim: It is my posthumous work. (laugh) I really am acting thinking that this is my final drama. It would be my last drama as a person who has not completed his military duty and the first one of my thirties. And "The Slave Hunters" was a drama that I did while I was crossing over to my thirties from my twenties. I think I am working harder and doing my best because I realize that there isn't much time. Jang Hyuk told me a lot about the military while we were filming "The Slave Hunters". What scares you the most before going to the military is your fear of a new world, but I heard so much about the place that I feel like I have already become a corporal in my mind.

"Son Ye-jin says relieved Lee Min-ho "not young-looking" (1)"
by HanCinema is licensed under a Creative Commons Attribution-Share Alike 3.0 Unported License.
Based on a work from this source