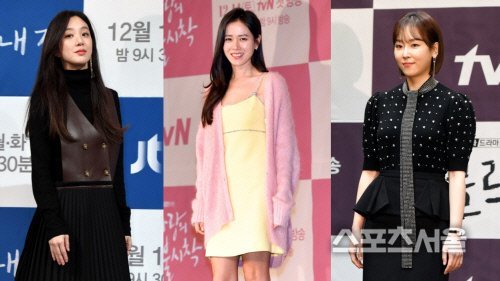 The lineup for drama leading roles in the second half of this year drew attention early on, as it was set up with actresses who combined their unique star quality and inner workings, including Son Ye-jin, Seo Hyun-jin and Jung Ryeo-won. In particular, the performances of Gong Hyo-jin and Jang Nara were more notable. Gong proved her name again by breaking the 20% barrier with the KBS 2TV drama "When the Camellia Blooms" and Jang has generated consecutive success in SBS's "The Last Empress" and the following "VIP". The highly anticipated actresses were greenlit, winning both a pass mark for acting and a favorable reception from viewers.

First of all, Son proved her strength with tvN's "Crash Landing on You", co-starring Hyun Bin. "Crash Landing on You" is a romantic drama about an heiress named Yoon Se-ri (Son Ye-jin) who lands in North Korea after a paragliding accident, and a North Korean general named Ri Jeong-hyeok (Hyun Bin) who tries to protect her, but eventually falls in love with her. The first broadcast rated 6.8%, which is a fairly reasonable report. 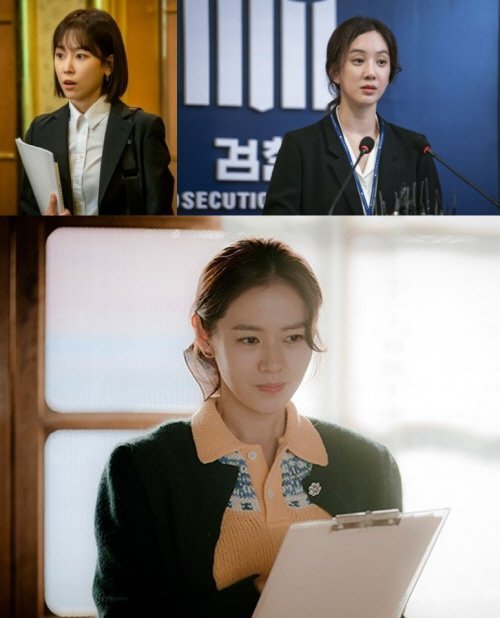 Many welcome back Son Ye-jin, the rom-com queen. She tackles the role of Yoon Se-ri, who is cold and rational when she's working, but is very clumsy and cheerful otherwise. She is also creating romantic chemistry with Hyun Bin. With only Hyun Bin to turn to after crash landing in North Korea and more scenes with him, the sweet episodes are set to gradually increase. Expectations are also building up for the actress's performance. The ratings for the three episodes, which aired on the 21st, rose to 8.6%, surpassing the 6 percent viewership mark for the first and second episodes.

Seo Hyun-jin of "Black Dog" also received a passing grade for her role as high school teacher Go Ha-neul. She has been outstanding in her melodramatic and romantic acting, but has succeeded in portraying a character that is closer to reality. The character's passion, which is too strong for her to give up, melts into another face of Seo Hyun-jin. She is leading "Black Dog" in a stable manner with real-life acting that any first-timer in society can sympathize with. The best ratings for the second episode rose to a maximum of 5.3%, turning on the green light of approval.

Jung Ryeo-won has also transformed into a prosecutor named Cha Myeong-joo in "Diary of a Prosecutor". Unlike herself, Cha works with prosecutors who are relatively mild-tempered, and gradually changes. Jeong is still in the early stages of the play, so she expresses her lines, eyes, and actions as coldly as Cha Myeong-joo would get, drawing attention to how she will change as the story unfolds. Since she was well-received as a prosecutor's character for KBS 2TV's "Witch's Court" in 2017, she is expected to show a rich performance this time as well. "Diary of a Prosecutor" also marked the start of a jTBC series breaking the 5% viewership mark for a premiere, the highest ever for a series on jTBC.

Such actresses' performances are cited as reasons for their dominance and connections. An entertainment official said, "If the previous works of young stars were once a thing, the works of top actresses are now beginning to get good reviews. They are expected to be actresses with character understanding, beauty and skills, but they show their true value by satisfying the viewers even more. However, because any piece of work must be based on perfection or fun, there is still room to watch for future success", he said.

"Son Ye-jin, Jung Ryeo-won and Seo Hyun-jin for Box Office Queens"
by HanCinema is licensed under a Creative Commons Attribution-Share Alike 3.0 Unported License.
Based on a work from this source