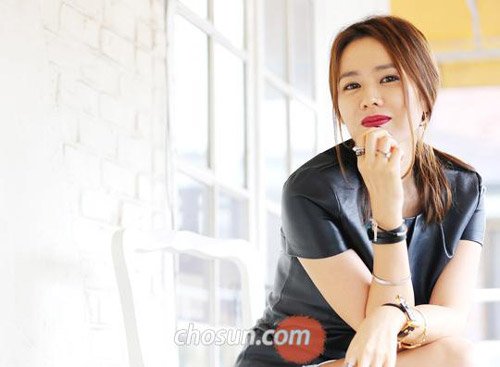 Actress Son Ye-jin had a tough challenge playing the role of a charismatic pirate captain in "Pirates", an action comedy released on Wednesday. In the film about pirates and mountain bandits who search for the state seal that was swallowed by a whale, Son had to perform many action scenes featuring martial arts.

"I experienced some minor action scenes in my previous films, but I always wanted more because I know I can take it", she said. "The whole experience of filming "Pirates" was quite adventurous and very exciting, even though I suffered from muscle pain while shooting since I didn't have much time to prepare due to my other engagements".

Son has been regularly appearing in a movie at least once a year since her debut, with moderate success.

"I tended to be introverted when I was young, and I often stressed out trying to be perfect", she said.

But as her career as an actress goes on, she gains more confidence.

"I've learned that there are people who like me and there are also people who hate me, so I'm not swayed by others anymore", she said. "But I feel responsible for the outcome of my movies, so when a new project is released, I can't sleep wondering about the results".

"Son Ye-jin Jumps into Action in Pirate-Themed Film"
by HanCinema is licensed under a Creative Commons Attribution-Share Alike 3.0 Unported License.
Based on a work from this source