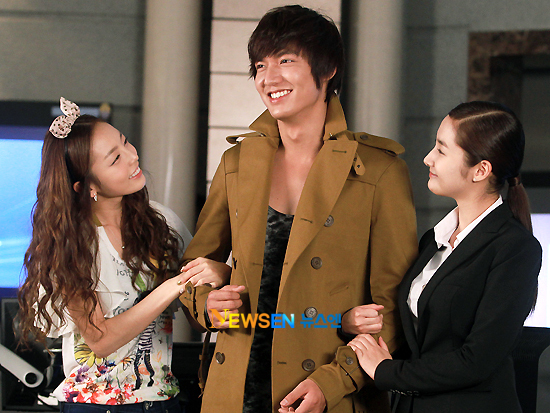 Actor Lee Min-ho proved he was sold out.

32 advertisements of an eighty-minute long episode of "City Hunter" can be sold. For a 15 second ad the unit price is 13.2 million won. This can create a advertisement sales of 420 million won an episode. After the advertisements for the 6th episode being sold, it can be calculated that a total of 2.53 billion of profits was made.

Compared to other programs, the weekend reruns are also selling quite well says an insider in production.

Including the rerun ads and the 20 episodes sold out, the total advertisement sales will add up to 10 billion won.

Based on a Japanese original, "City Hunter" did better than 10% on the first episode and has been maintaining it's 10s gaining more and more popularity everyday.

Lee Min-ho has recorded a total sell out the last time he was in the MBC drama "Personal Taste". He had created a total sale of 6 billion for MBC, making him the sold out guy.

"Sold out guy Lee Min-ho "
by HanCinema is licensed under a Creative Commons Attribution-Share Alike 3.0 Unported License.
Based on a work from this source