"Snowpiercer" about to break through 5 million 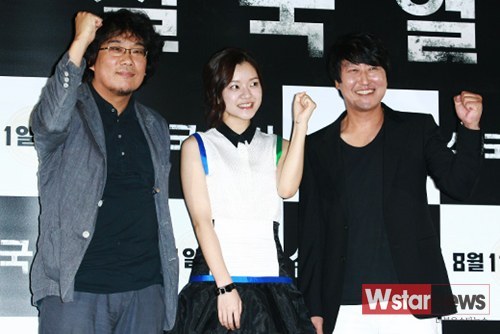 "Snowpiercer" is now about to break through 5 million audiences soon.

According to the Films Commissions, "Snowpiercer" ranked in first place in the box office with an accumulated number of 4,845,648 audiences on just the 8th alone.

"Snowpiercer" is also the top most sold movie at the moment leading with 45.7%. 5 million will be broken through on the 9th at this rate.

"Snowpiercer" was released on the 31st of July and had already recorded a million audiences by the second day. An average of more than thirty thousand people still go to see the movie everyday although it's the second week.

Meanwhile, "The Terror Live" came in second of the box office with a sales percentage of 20.7% and is expected to hit 3 million this weekend.

""Snowpiercer" about to break through 5 million"
by HanCinema is licensed under a Creative Commons Attribution-Share Alike 3.0 Unported License.
Based on a work from this source