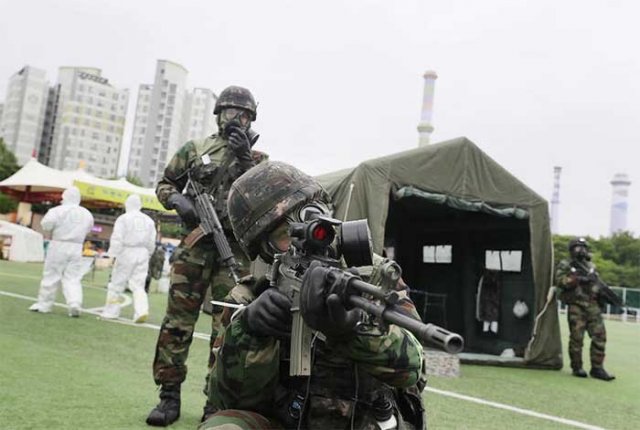 A new four-day civilian-military drill started on Monday amid concerns over its small scale.

The new drill, dubbed Ulchi-Taegeuk, covers part of the canceled South Korea-U.S. Ulchi-Freedom Guardian command post exercise, which used to be held in May, and the Taegeuk computer-based simulation.

A military officer said there will be no counter-attack practice against North Korea in the new drill.

Counter-attack practice was also excluded from another scaled-down joint drill in March that replaced the South Korea-U.S. Key Resolve exercise.

The new drill is "defensive in nature", a Defense Ministry spokesperson said.

It consist of two parts -- one focusing on contingency measures to deal with large-scale disasters and the other aimed at strengthening military readiness.

"Small-Scale Civil Defense Drills Start"
by HanCinema is licensed under a Creative Commons Attribution-Share Alike 3.0 Unported License.
Based on a work from this source