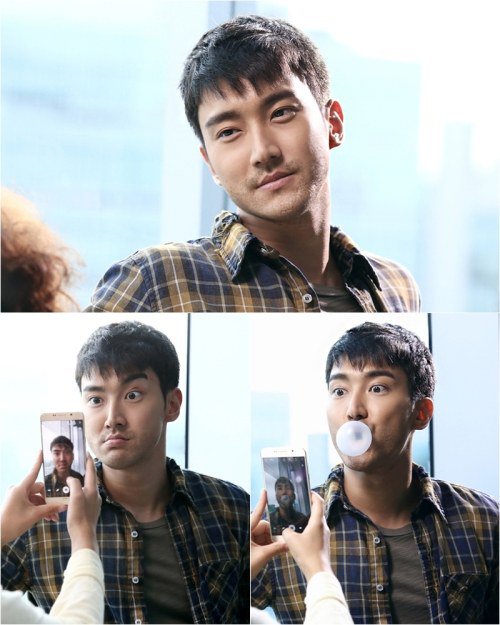 Choi Si-won plays as Kim Sin-hyeok in the new MBC drama, "She Was Pretty".

Pictures of the actor released on the 12th show 3 different expressions. He looks funny and comical but his good looks cover it up.

Choi Si-won's role of Kim Sin-hyeok is a sly but lovable character and is the atmosphere maker of the drama set.

"She Was Pretty" productions said, "Choi Si-won makes it fun to work in this environment. His cute but manly character is definitely something to look forward to".

Meanwhile, "She Was Pretty" is about Sung Joon, a good looking guy, Hye-jin, a ugly looking girl, Ha-ri, a sexy girl and crazy and wild Sin-hyeok. The drama will be broadcast on the 16th.

""She Was Pretty" Choi Si-won's 'manly' faces"
by HanCinema is licensed under a Creative Commons Attribution-Share Alike 3.0 Unported License.
Based on a work from this source