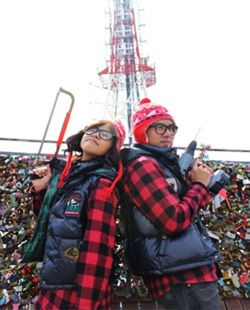 The city of Seoul is seeking to boost the domestic film industry and the creation of cultural content by offering one-stop support for filmmakers, from planning to production, at the Digital Media City complex in Sangam-dong.

The city plans to open a production office in the complex next month. The office, together with another movie-making space launched by the city in 2008, will make it possible for filmmakers to receive comprehensive support.

The move comes as Seoul is turning itself into a movie and content hub. Currently the city accounts for some 70 percent of the total sales of the domestic content industries, and it is also home to many filmmaking experts and other filming infrastructure.