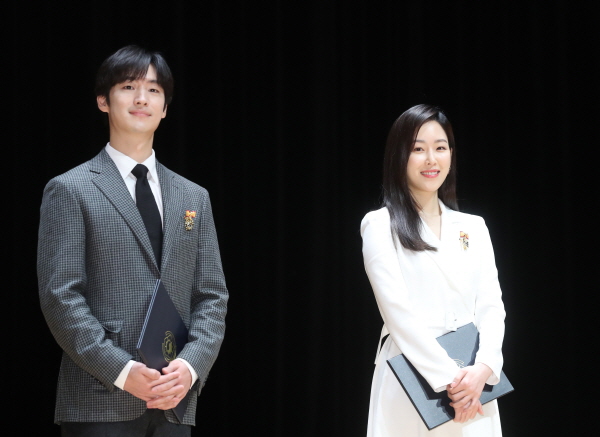 Seo Hyun-jin and Lee Je-hoon were chosen to promote the National Tax Service to encourage people to pay their taxes.

The two were among 300 people so honored. The National Tax Service said they "contributed to creating an honest culture of paying due tax by being dutiful citizens".

"It's a great honor to be chosen as an exemplary taxpayer, and I will continue to do my best to fulfill my duty as a citizen", Lee said.

"Seo Hyun-jin, Lee Je-hoon Honored as Model Taxpayers"
by HanCinema is licensed under a Creative Commons Attribution-Share Alike 3.0 Unported License.
Based on a work from this source