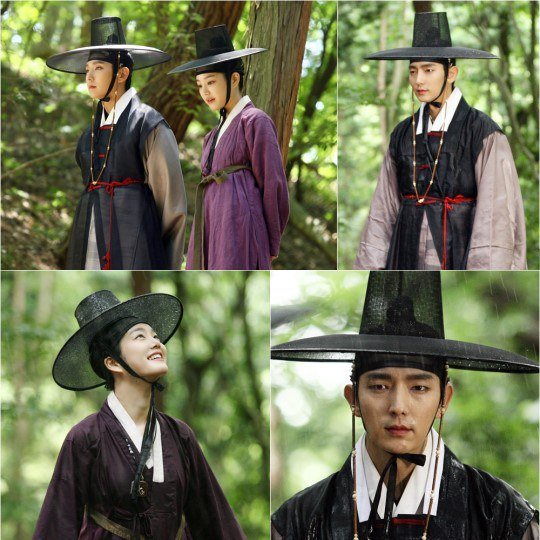 Lee Joon-gi and Lee Yoo-bi had a date in the forest.

Stills of their date from the drama "Scholar Who Walks the Night" were released on the 13th.

Seong-yeol and Yang Seon are walking the woods towards somewhere. Yang Seon looks very wound up like a child and Seong-yeol is looking at her dearly.

Seong-yeol is smiling slightly at Yang Seon while they presence brightens up the forest.

This scene connects to the scene where Seong-yeol tells Yang Seon, "You're pretty". They did their best in the rain and their chemistry allowed for a heartwarming scene to be released.

Meanwhile, the next episode of "Scholar Who Walks the Night" will be aired on the 15th at 10PM.

""Scholar Who Walks the Night" Lee Joon-gi and Lee Yoo-bi"
by HanCinema is licensed under a Creative Commons Attribution-Share Alike 3.0 Unported License.
Based on a work from this source