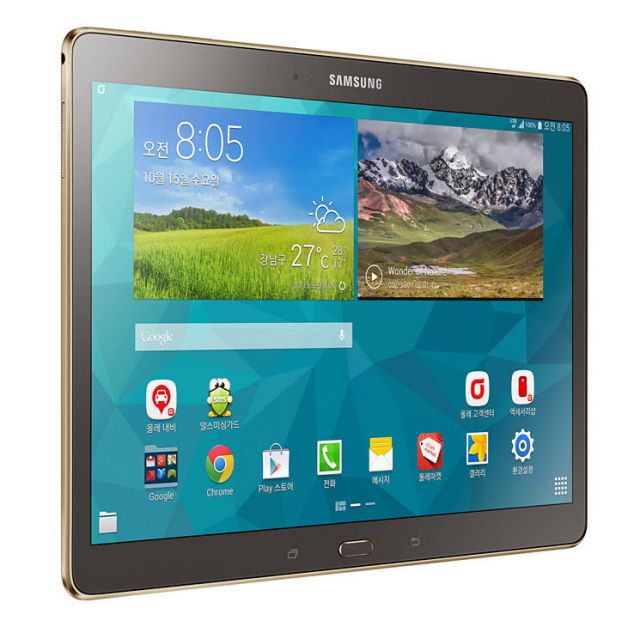 The latest device is an upgrade of Galaxy Tab S released in July, and is three times faster than the existing LTE that enables fast downloading of high-volume multimedia contents.

Samsung Electronics will also release various contents and services including digital magazine service app "Papergarden", through which users can enjoy some 20 types of magazines. The tablet PC has been released in two colors of titanium bronze and dazzling white, and will sell at 799,700 won (744 U.S. dollars).

"Samsung launches world`s first broadband LTE-A tablet"
by HanCinema is licensed under a Creative Commons Attribution-Share Alike 3.0 Unported License.
Based on a work from this source