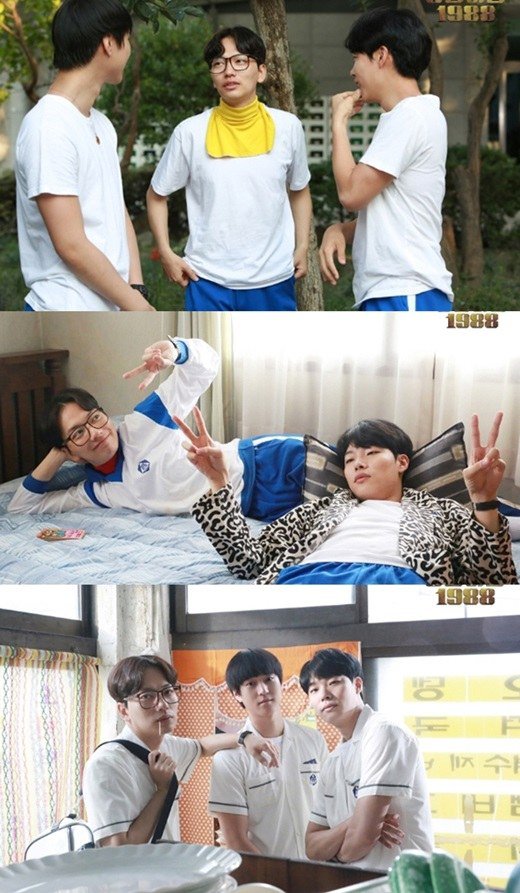 "Answer Me 1988" has come up with a whole new set of handsome characters.

The new tvN drama "Answer Me 1988" introduces 'the 5 friends from Ssangmun-dong'. While the previous sequels were based on romance and looking for the husband, 1988 is based on innocent friendship and family.

Jeong-hwan is nicknamed "The Dog" because he is bad tempered and is never happy with things. He is the typical "Bad Guy" as he uses his temper on everything, but in the end he pretends to give in. He is from a rich family and lives right on top of Deok-seon.

At the meeting with the staff, Ryu Jun-yeol said, "This was the most fun I've had". Despite his short appearance in the "Viewers' Manual" that was broadcast before the actual episode, he stood out with his good looks.

Taek is a brilliant chess player. He is a genius when it comes to chess but a fool when it comes to anything else. In the "Viewers' Manual", Park Bo-gum met the drama crew in very casual clothes and claimed he did that intentionally do look out-of-date. He learned chess from an expert and was as good as any of them.

Meanwhile, "Answer Me 1988" is the 2015 version of three families under one roof and talks about the lives of five families who live in Ssangmun-dong, Dobong-gu.

"Ryu Jun-yeol, Go Kyung-pyo, Park Bo-gum and Lee Dong-hwi in "Answer Me 1988""
by HanCinema is licensed under a Creative Commons Attribution-Share Alike 3.0 Unported License.
Based on a work from this source