Rowoon VS Lee Jae-wook, Who Will Get the 2019 MBC Drama Rookie Award? 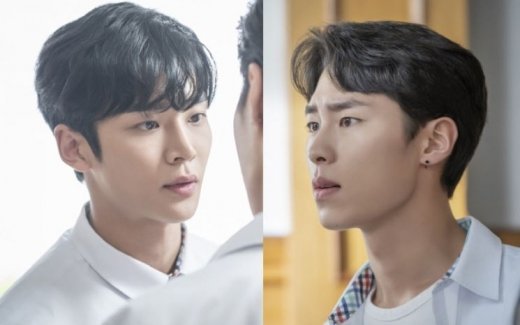 There is going to be strong competition for the rookie award this year at the MBC Drama Awards.

With hosts Kim Sung-joo and Han Hye-jin, the 2019 MBC Drama Awards will be held on the 30th of December at 8:55PM in the Mapo Sangam MBC Media Center.

Kim Sung-joo has been responsible for the hosting of the MBC TV show "The King of Mask Singer" and Han Hye-jin has kept her position in the TV show "I Live Alone" as co-MC for a long time. This is the first time they are standing together as hosts.

- The next generation to lead MBC dramas, Rowoon and Lee Jae-wook

Competition will be strong this year for the rookie award. The recent drama "Extraordinary You" has become a footstool for new talent. Kim Hye-yoon, Rowoon (SF9), Lee Jae-wook, Lee Naeun (April), Kim Young-dae and Jung Gun-joo put on excellent performances, and attention is focusing on who will win the honor of the rookie award.

In 'Drama of the Year' selected by viewers, various dramas, such as crime thrillers, romance, investigative dramas, and fantasy, have been nominated. They are the second season of MBC's first multi-season drama, "Investigation Partners Season 2", emotional healing love story "One Spring Night", a romance drama that opened a new horizon for historical and youth romance, "Rookie Historian Goo Hae-ryung", a fateful school romance drama, "Extraordinary You", and the contemporary drama "Special Labor Inspector, Mr. Jo".

Up for 'The Best 1 Minute Couple' are Shin Se-kyung and Cha Eun-woo from "Rookie Historian Goo Hae-ryung", Han Ji-min and Jung Hae-in from "One Spring Night", Jung Jae-young and No Min-woo from "Investigation Partners Season 2", Lim Ji-yeon and Rain from "Welcome 2 Life" and Kim Dong-wook and Kim Kyung-nam-II from "Special Labor Inspector, Mr. Jo". The nominees include men and women, and man x man couples who showed bromance, as well as characters who caused tension due to conflicts, raising questions about who the winning couple will be.

Comedians Hong Yoon-hwa and Hong Hyeon-hee will be appearing as special MCs to introduce 'The Best 1 Minute Couple'.

'Drama of the Year' chosen by viewers and 'The Best 1 Minute Couple' are being processed by the global application Tik Tok. Results can be seen on live broadcast.

"Rowoon VS Lee Jae-wook, Who Will Get the 2019 MBC Drama Rookie Award?"
by HanCinema is licensed under a Creative Commons Attribution-Share Alike 3.0 Unported License.
Based on a work from this source