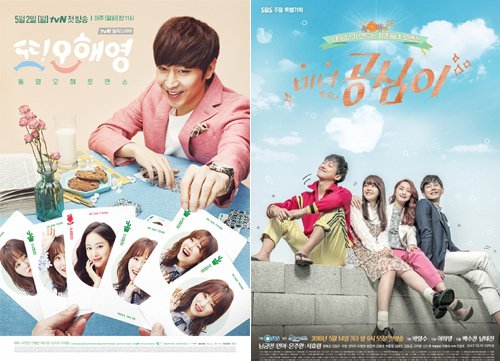 The female protagonists are quite similar. Oh Hae-young is always being compared with her namesake, who is more beautiful and competent than her, while Gong Shim longs for the love and attention her prettier and smarter sister gets from her parents.

After a broken engagement, Oh moves into a new house and falls in love with her neighbor. Gong also develops romantic relationship with a guy who lives on the rooftop of her house.

They ably feed the Cinderella cliché with heroines rescued from misfortune by a rich, handsome man.

Bang Minah of K-pop group Girls Day plays the role of Gong and she seems to be determined to look as plain as possible. She does not wear eyeliner and sticks to something like maternity clothes. 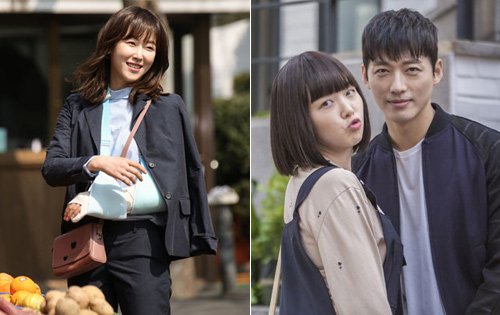 The actors' skills are another reason to watch. In "Beautiful Gong Shim", Namgoong Min plays a humorous lawyer with a complicated past, making a successful turn from his villainous role in a series aired earlier this year.

In "Oh Hae-Young Again", Seo Hyun-jin and Eric Mun, both singers-turned-actors, also show some of their best acting skills to date.

Despite pretty obvious plot lines, the two soaps seem to appeal young viewers who can sympathize with difficulties the protagonists face, as they similarly struggle with youth employment and social discrimination based on appearance.

"Romantic Comedies Capture Young Soap Audiences"
by HanCinema is licensed under a Creative Commons Attribution-Share Alike 3.0 Unported License.
Based on a work from this source