Rising Stars That Are Already Stars in Web Drama 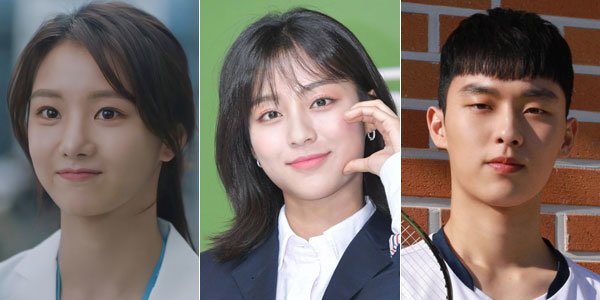 There is a common nickname for new actors who have recently performed remarkably in dramas. They are known as 'fairies of web dramas'. Those who have already been seen as the main characters of web dramas are showing off their presence by acting in mainstream dramas using the support they have gained from the '10-20' generation.

Lee Se-hee of tvN's Thursday drama "Hospital Playlist Season 2" which aired from the 17th, is a representative example. She is Kang So-ye, a first-year fellow in the department of emergency medicine at Yulje Medical Center. Although her appearance is small, she caught the eye with her cheerfulness and became a hot topic in the first episode.

Although Lee Se-hee is still unfamiliar to viewers, she has already confirmed KBS 2TV's weekend drama "Young Lady and Gentleman" which will air in September, as her next drama after starring in a number of web dramas such as "Muddy Love Story", "Sandwich Theory" and "Kiss Scene in Yeonnam-dong".

There are also Choi Hyun-wook and Kim Min-gi-I, the main characters of SBS' Monday-Tuesday drama "Racket Boys", which recently surpassed 5% (Nielsen Korea). They appeared in web dramas such as "Pop Out Boy!" and "Real: Time Love" series, which are already familiar to people in their 10s and 20s. In the drama, they draw curiosity by playing members of s badminton club at a middle school in Haenam, Jeollanam-do.

Kang Min-ah of KBS 2TV's "At a Distance, Spring is Green" has been the main stage of web dramas such as "A-TEEN 2" and "The Temperature of Language: Our Nineteen". In a recent production presentation, she expressed her strong determination, saying, "It is my chance to spread my name but I do feel the pressure because this is my first leading role".