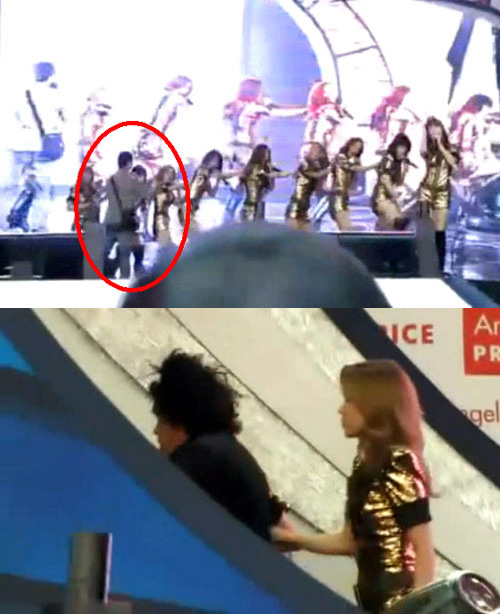 A ticketing agency has offered a full refund for a music event at Lotte World in Seoul on Sunday because an overenthusiastic fan jumped on the stage while Girls' Generation were performing and apparently tried to abduct one of the members.

Coupang on its webpage apologized for mismanagement of ticket sales, thereby causing concern and inconvenience to fans.

The male fan jumped on the stage while the band were singing "Run Devil Run", and attempted to pull away member Tae-yeon by grabbing her wrist. He was stopped by the show's host, comedian Oh Jung-tae, and security staff.

"Refund Offered Over Incident at Girls' Generation Gig"
by HanCinema is licensed under a Creative Commons Attribution-Share Alike 3.0 Unported License.
Based on a work from this source