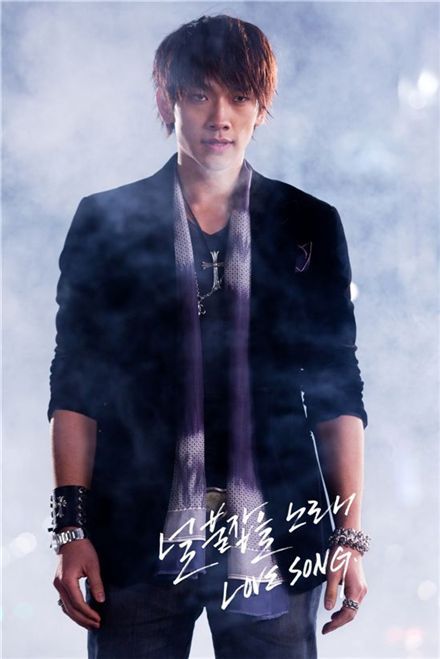 According to the official website of "Music Bank", Rain, who was to make his stage comeback on the show over the weekend, triumphed over contenders Girls' Generation's "Run Devil Run" and R&B trio Brown Eyed Soul's "I'll Move".

"Music Bank" had originally been set to show last Friday with the lineup including Secret, Kara, After School, U-Kiss and F.Cuz, as well as featuring a comeback performance by Lee Hyori.

The show was not broadcasted in consideration of national interest in salvage operations for the sunken Cheonan patrol ship.

A mysterious explosion had caused the naval ship to sink in late March, where only slightly over half of the ship's crew members were rescued, leaving the country in a state of grievance.

All three major public networks had delayed or cancelled the airing of many of their entertainment programs following the incident, including "Music Bank" which has now called off its show for the third week in a row.

KBS has announced it will return to its regular scheduled programming this week.

Rain, whose real name is Jung Ji-hoon, made his debut in 2002 with a self-titled album which gained him the title as one of the most popular entertainers in the local music industry.

His single "Love Song" has conquered numerous on and offline charts since its release in early April.

"Rain takes crown from Girls' Generation on "Music Bank""
by HanCinema is licensed under a Creative Commons Attribution-Share Alike 3.0 Unported License.
Based on a work from this source