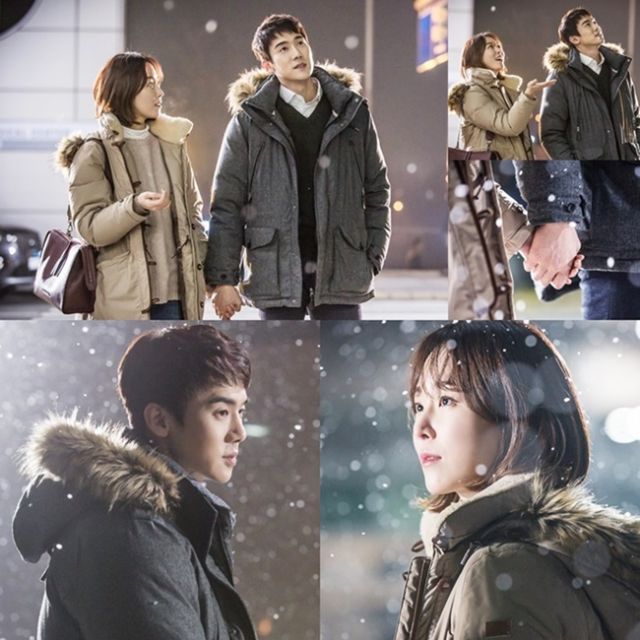 The two were seen holding hands and experiencing the first snow of the year together in "Dr. Romantic".

Last week, Yoo Yeon-seok asked Seo Hyun-jin if she would go out with him. He would give her two more chances and that she should think deeply about his statement.

In episode 9, which airs on December 5, the two are seen holding hands while watching the first snow fall.

This scene was filmed last month in Gyeonggido. They filmed outdoors for about 3 hours in the cold. Staff commented that although it was cold, the two were seen doing their best and not losing their smiles.

The drama airs every Monday and Tuesday on SBS.

"[Preview] "Dr. Romantic" Yoo Yeon-seok and Seo Hyun-jin to Begin First Snowfall Romance"
by HanCinema is licensed under a Creative Commons Attribution-Share Alike 3.0 Unported License.
Based on a work from this source