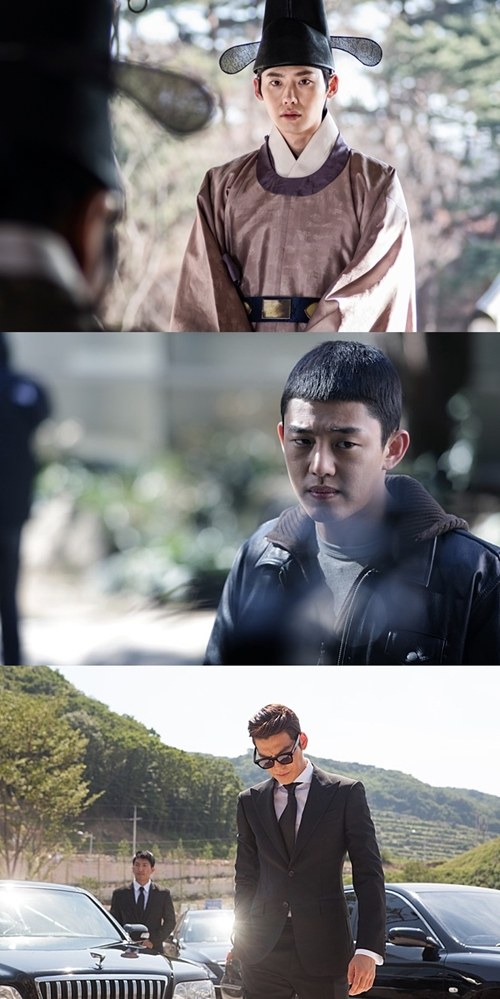 Actors in their 20s will be taking over screens in the remaining year.

Lee Jong-suk comes back with "The Face Reader", Yoo Ah-in with "Tough as Iron" and Kim Woo-bin with "Friends 2".

In the middle of all this is Lee Jong-suk. He's become the hottest actor in the 20's with the dramas "I Hear Your Voice" and "School 2013".

Lee Jong-suk attempts at yet another change in the movie "The Face Reader". He takes on the role of Jin-hyeong, son of Nae-kyeong (Song Kang-ho), the greatest face reader in Chosun. Ji-hyeong is bright young man with outstanding writing abilities and goes against his father's wishes and dreams of going into the palace for his dream.

This being his first historical, Lee Jong-suk will put out a much deeper act in this movie. Song Kang-ho said, "He's young but he's got outstanding concentration and is very passionate about acting".

Yoo Ah-in becomes Busan boy, Kang-cheol. Back for the first time with a movie since "Punch", two years ago; only this time around, Yoo Ah-in is a man. Despite the fact that he has to take care of his sick mother (Kim Hae-sook), he is bold and doesn't let go of hope.

Kim Woo-bin debuts into movies with Kwak Gyeong-taek's "Friends 2" which deals with two different backgrounds, the 1963 and 2010, with the source of gangsters. Kim Woo-bin is Seong-hoon, son of Jang Dong-gun who starred in the first movie. Kim Woo-bin is expected to revive the rebellious and manly image of himself in "A Gentleman's Dignity" and "School 2013".

Lee Jong-suk, Yoo Ah-in and Kim Woo-bin are about to take over the movie scene.

"Pretty boys on-screen, Lee Jong-suk, Yoo Ah-in and Kim Woo-bin"
by HanCinema is licensed under a Creative Commons Attribution-Share Alike 3.0 Unported License.
Based on a work from this source