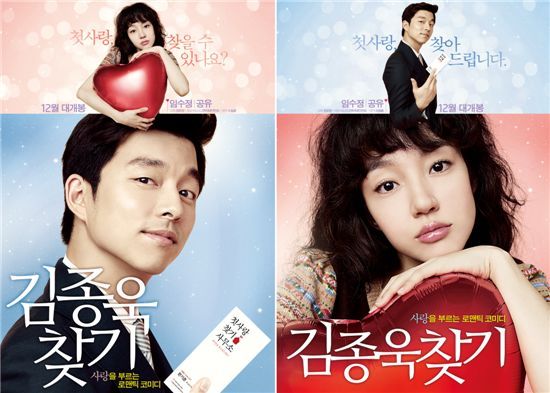 Based on a musical which has been performed over 1,200 times on stage since its premiere in 2006, "Finding Mr. Destiny" is about Seo Ji-woo (Im) who during her trip to India re-encounters her first love and asks for the help of Han Ki-jun (Gong Yoo) to search for him.

Im made her debut as a model in 1998 and rose to stardom after starring in the horror film "A Tale of Two Sisters". She later starred in the hit TV series "Sorry, I Love You" and films "Lump of Sugar" and "JEON WOO CHI : The Taoist Wizard".

Born Gong Ji-cheol, Gong Yoo made his debut with a role in KBS' TV show "School 4" in 2001. He appeared in several dramas such as "Biscuit Teacher And Star Candy" and "Coffee Prince" and movies "My Tutor Friend" and "She's on Duty".

The movie is set to open in local theaters in December.

"Posters for new romantic comedy "Finding Mr. Destiny" revealed"
by HanCinema is licensed under a Creative Commons Attribution-Share Alike 3.0 Unported License.
Based on a work from this source