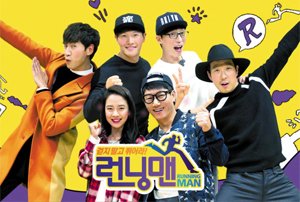 The show was to start a new season next month with partial changes to the cast. Song Ji-hyo and Kim Jong-kook were supposed to leave the show and Kang Ho-dong to join as a co-host with stalwart Yoo Jae-suk. But Song and Kim had not been told in person and only found out from media reports.

Amid a flood of complaints from fans at home and abroad, Kang said last week that he decided not to join, adding he "does not want to create any situation to disappoint fans".

In a press release, the producers apologized for failing to communicate with the affected cast in advance, but that was not enough to quell the angry backlash.

Instead the network said Saturday it decided to cancel the show.

"Running  Man" has lost much of its steam and been struggling in ratings here, even though a Chinese version is immensely popular in Chinese-speaking countries.

The show has raked in huge revenues mostly from overseas licensing.

"Popular Weekend Show Axed After Abrupt Cast Change"
by HanCinema is licensed under a Creative Commons Attribution-Share Alike 3.0 Unported License.
Based on a work from this source