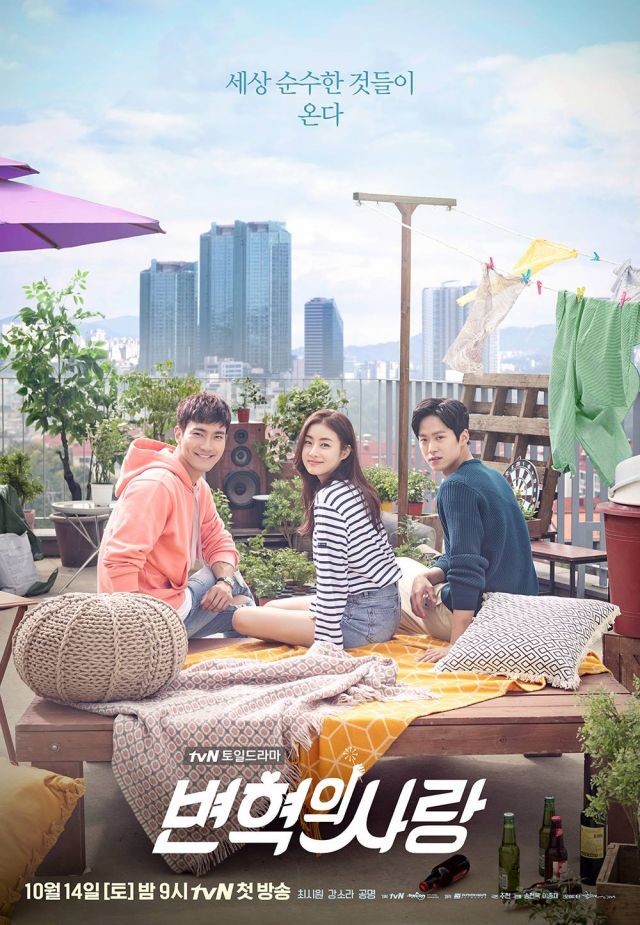 Choi Si-won, Kang So-ra and Gong Myung are looking strong in the new poster for "Revolutionary Love". In the first they are all sitting on a rooftop with their backs facing the camera and looking over their shoulders. It feels like we're peeking into their live and their struggles. The second has them on different levels of what looks like a dollhouse with objects in front of them that represent each of their lives: Kang So-ra works hard, Choi Si-won has luxury, and Gong Myung works for those better off than he. It's a pretty apt characterization of each of them. In a few weeks, we'll get to see them in action.

-Yours, Lisa, who loves creative posters 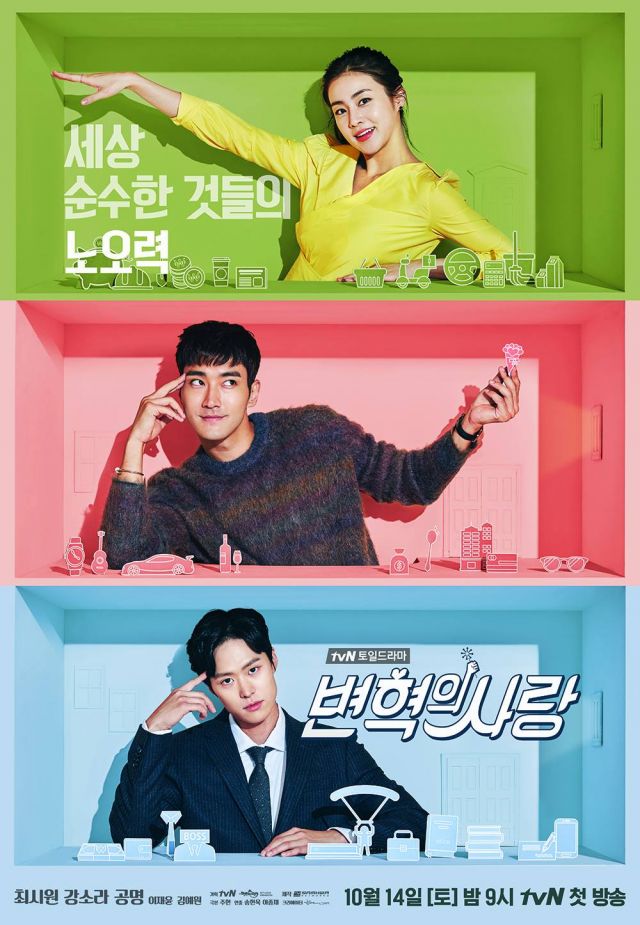