Coming back to screens in 5 years after "The Legend of Seven Cutters", Yoon Eun-hye said, "I have never officially learnt acting, I think self-studying is the best".

With release of her movie "My Black Mini Dress" (directed by Heo In-moo/ produced by Tori Pictures) coming up, she had an interview with News N and when she was asked if she had acting lessons, she replied, "I am studying by myself without the help of others. I think that is the best for me".

Yoon Eun-hye added, "It's not like I'm from a theater department and I have never really acting. I tried private tutoring but it didn't work. I only remembered what the teacher told me and I couldn't act in direction because my heart wouldn't stop thumping. It only resulted in me depending on someone else so much".

After that she's been practicing alone and thought about character. "I have loose holes everywhere. However, I am slowly progressing and I hope you will see me that way".

She smiled brightly when the topic of MBC drama "Coffee Prince" that helped her grow into an actress popped up.

She said, "This movie talks about the friendship and life between women at the age of 24. I did "Coffee Prince" when I was 24. I was happy as Ko Eun-chan and I am thankful to the director and the writer for letting me free in that drama".

"Acting is living someone else's life, but there is no right answer. There is no obvious answer but to go head to head with it. Sometimes my juniors ask me to throw a line along with theirs but I become hesitant. Because I have nothing to say".

"Yoon Eun-hye is theater department graduate Yoo Min who is slightly off in everything from money to men in "My Black Mini Dress". She acts along with Park Han-byul, Cha Ye-ryun and Yoo In-na, and is directed by Heo In-moo. To be released this 24th. 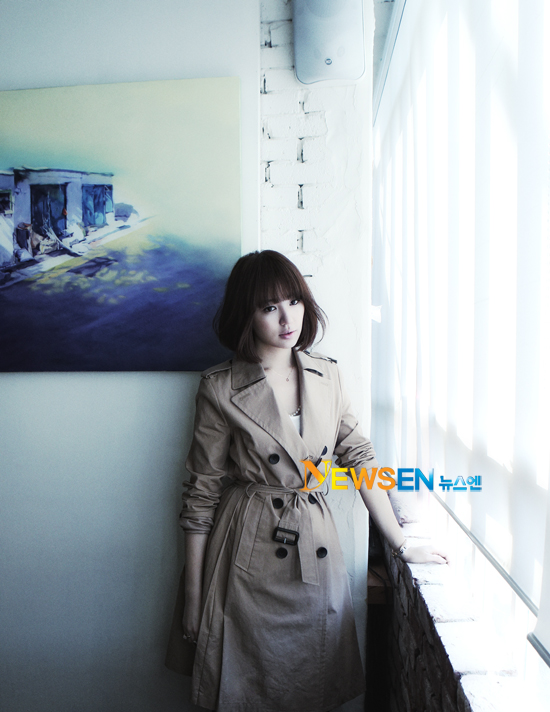 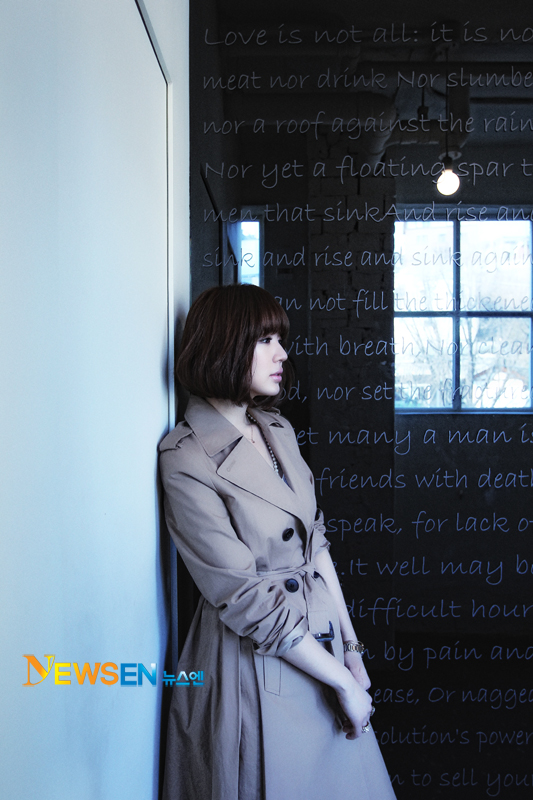 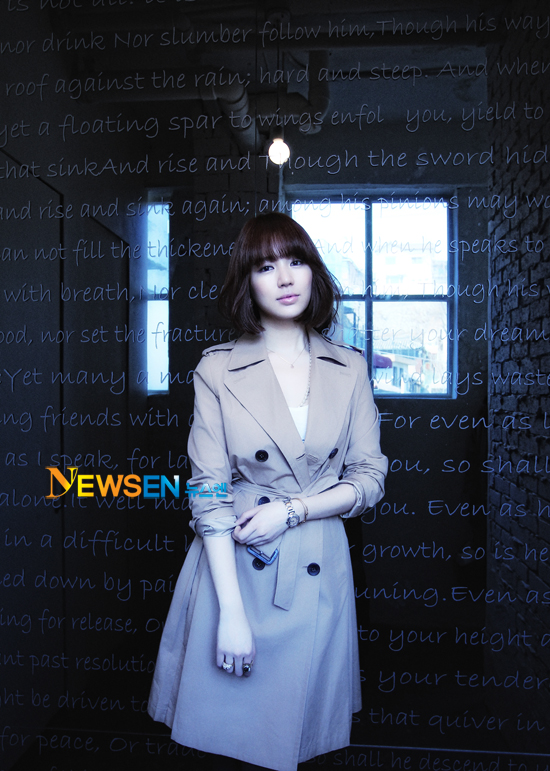 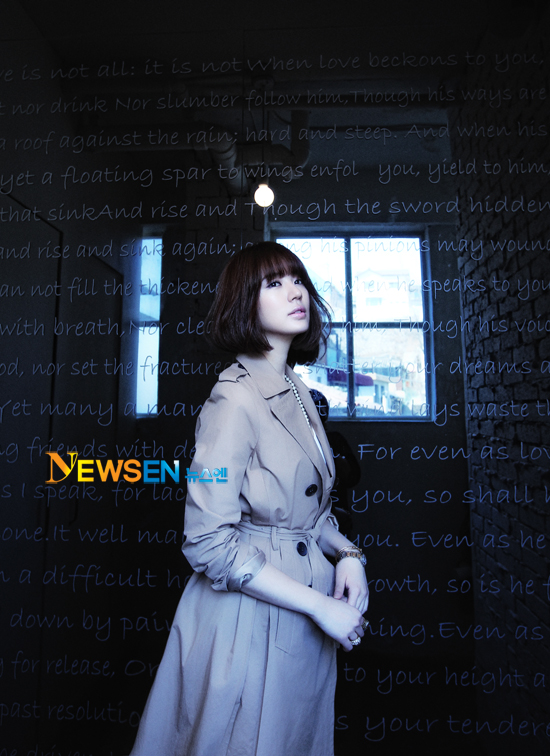 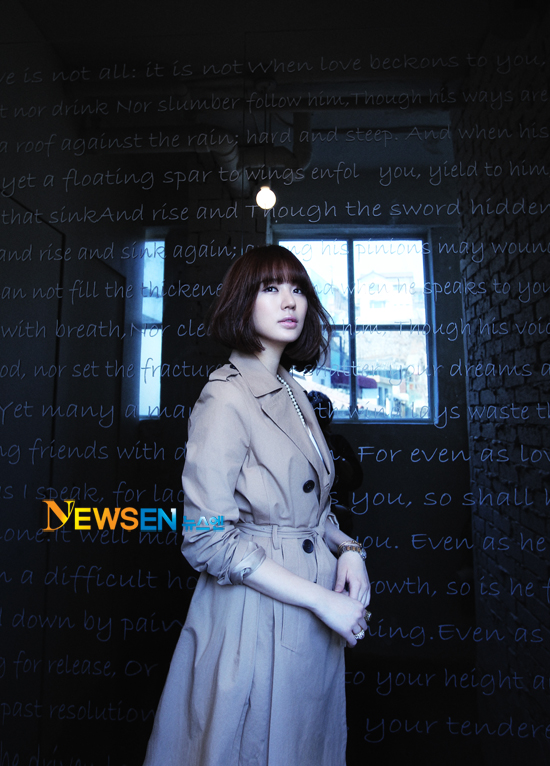 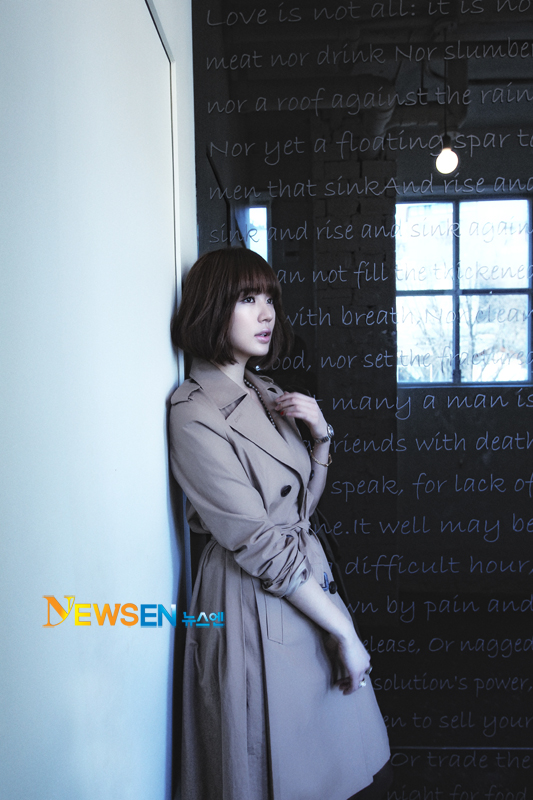 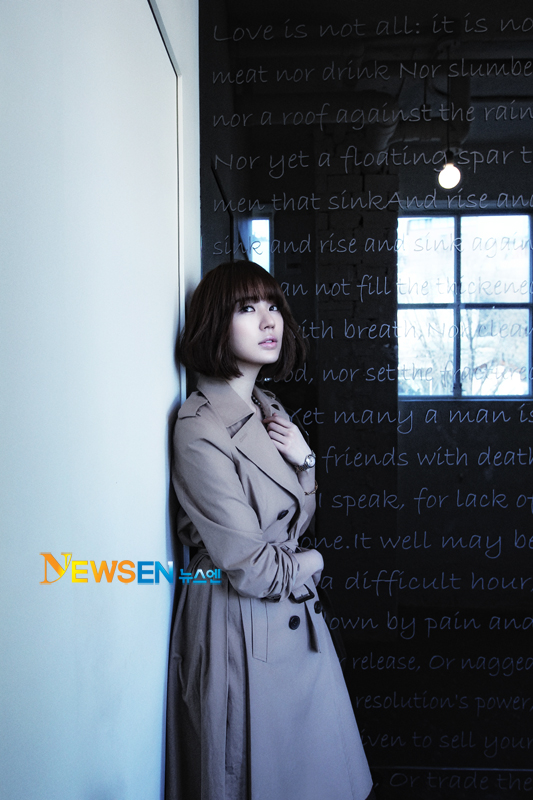 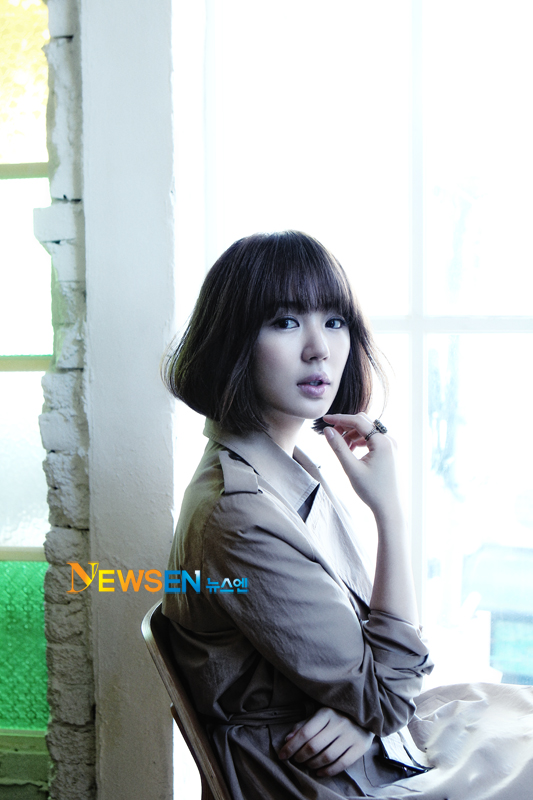 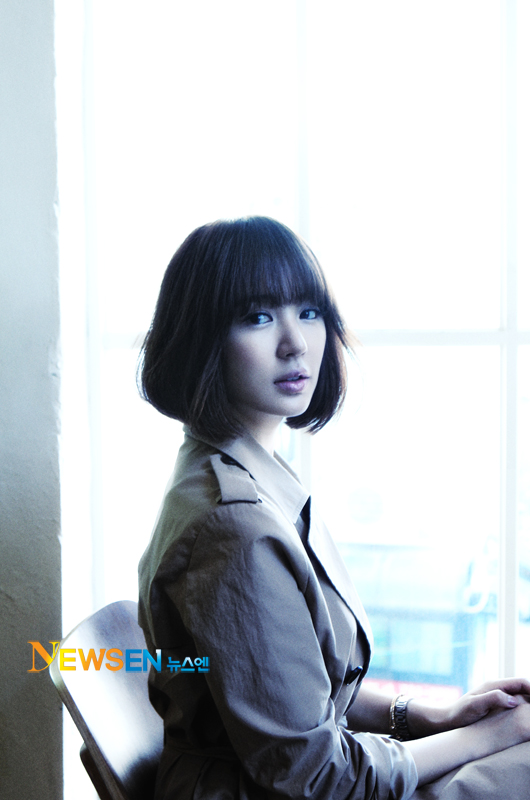 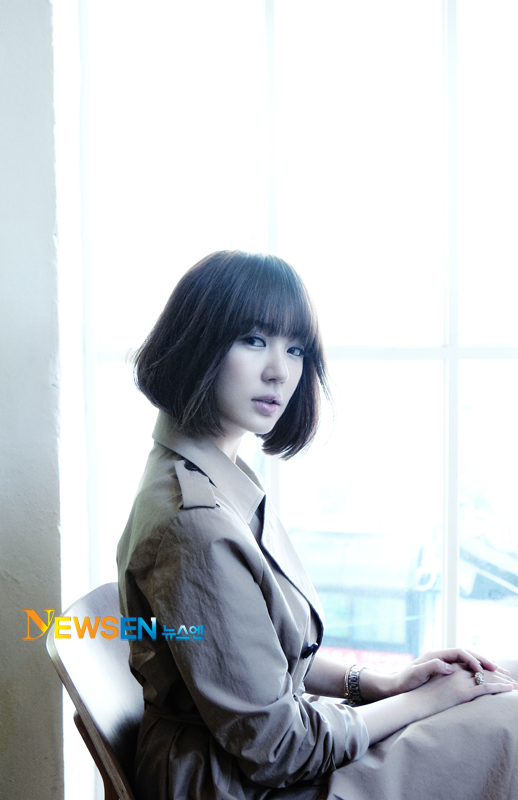 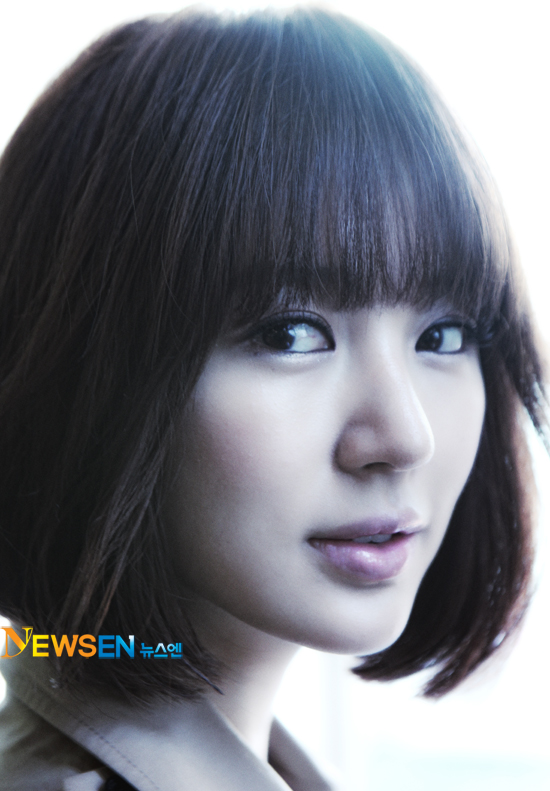 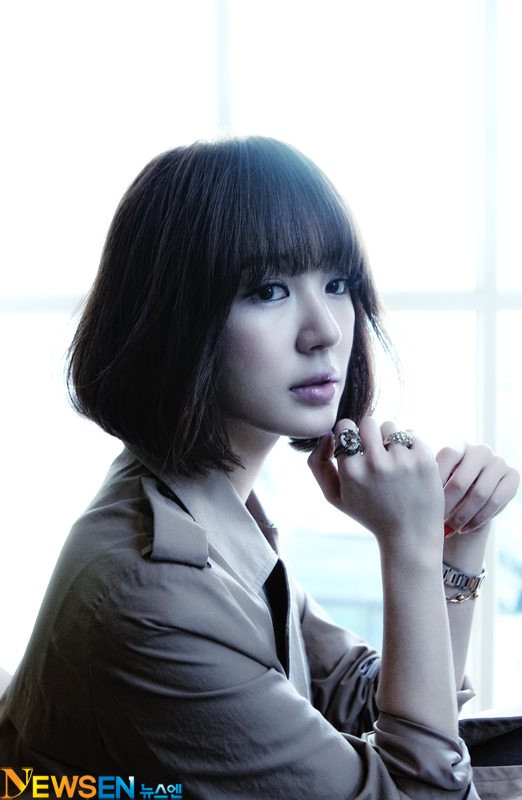 "[Photo N] Yoon Eun-hye in Burberry, looking exotic"
by HanCinema is licensed under a Creative Commons Attribution-Share Alike 3.0 Unported License.
Based on a work from this source