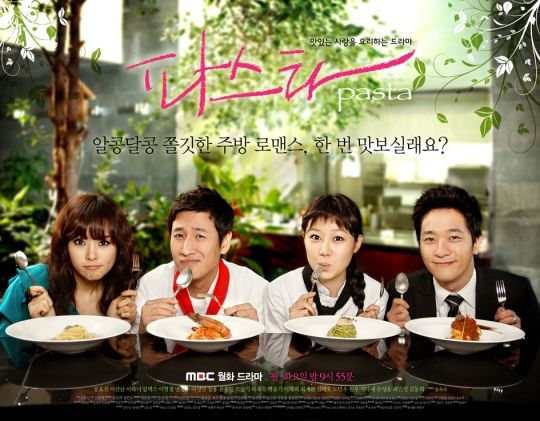 MBC TV series "Pasta" made a proud exit from the small screen yesterday, scoring the highest ratings the show has ever seen during its 20-episode airing.

The culinary drama, which premiered in Korea on January 4, had started off with ratings around 13 percent and went on to breach the 20 percent mark when KBS2 TV series "Master of Study" ended its run last month.

The Monday and Tuesday evening drama wrapped up its story with a happy ending for its two main characters Choi Hyun-wook, played by Lee Sun-kyun, and Seo Yu-kyung, played by Gong Hyo-jin.

The show had received positive feedback from viewers with its well-balanced combination of a good script, directing and acting.

SBS' "Jejoongwon" and KBS' "Birth of a Rich Man", which aired in the same time slot, recorded ratings of 14.4 and 13.1 percent, respectively.

""Pasta" makes proud exit from small screen"
by HanCinema is licensed under a Creative Commons Attribution-Share Alike 3.0 Unported License.
Based on a work from this source