Park Yoo-chun returns home silently after 8 hour investigation, he comes back to his work in Gangnam 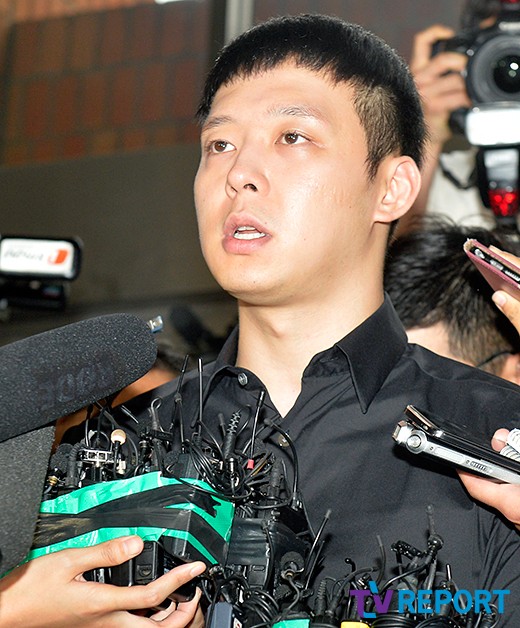 Park Yoo-chun has returned to his home after responding to the 8 hour police investigation.

Park Yoo-chun came out around at 2:00 AM on July 1st, after the lengthy investigation at the Gangnam police station. Park Yoo-chun, who looked exhausted clearly, left hurriedly without answering any question from the reporters.

Prior to this, Park Yoo-chun arrived at the police station accompanied by his lawyer and two managers at 6:30 PM on June 30th. Park Yoo-chun has returned to the Gangnam District municipal office to continue his mandatory military service as a public service employee next day.

The police investigated the case focusing on whether or not force was used and if there was an illegal sex trade during the first summon. The police also took a mouth swab from Park Yoo-chun and will compare the sample with the DNA found on the underwear provided by the first accuser, 'A'.

Park Yoo-chun has been accused on four accounts of sexual assaults that four women have filed currently. The police formed an investigation team in charge of Park Yoo-chun's case and also banned four people including the accuser 'A' and 'A's boyfriend, and 'A's cousin from leaving the country in order to speed up the investigation.

"Park Yoo-chun returns home silently after 8 hour investigation, he comes back to his work in Gangnam "
by HanCinema is licensed under a Creative Commons Attribution-Share Alike 3.0 Unported License.
Based on a work from this source