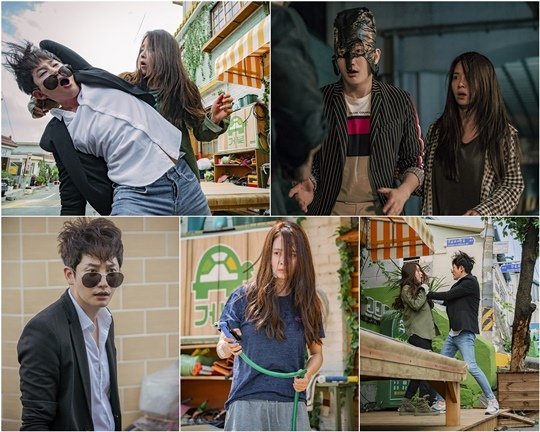 Stills of 'unfortunate' Song Ji-hyo and 'fortunate' Park Si-hoo from the KBS 2TV drama "Lovely Horribly" were released on the 7th.

"Lovely Horribly" is a horror romantic comedy about a top star and a drama writer who share a fate.

The stills of Park Si-hoo and Song Ji-hyo make it look like they've just been in a brawl with each other. Park Si-hoo's hair is messed up with his glasses hanging off his nose and his clothes are tattered. He doesn't even look like a top star. Song Ji-hyo's hair is a mess too and she looks surprised.

Yoo Philip (Park Si-hoo) and Ji Eul-soon (Song Ji-hyo) were born on the same day at the same time and share a fate where one can't be happy while the other is. Philip is just about to expand his reputation abroad when he meets Eul-soon. Mysterious and weird things begin to happen to them. 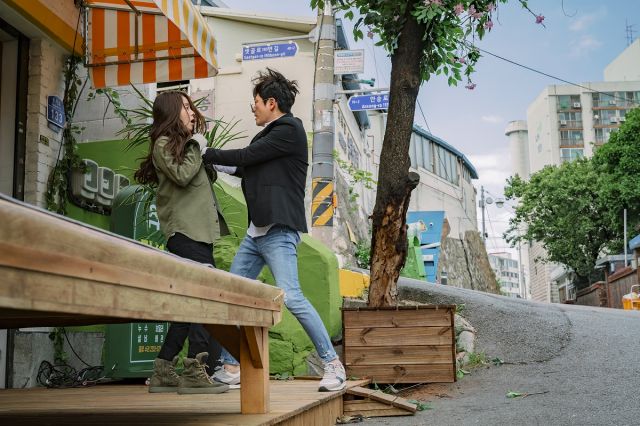 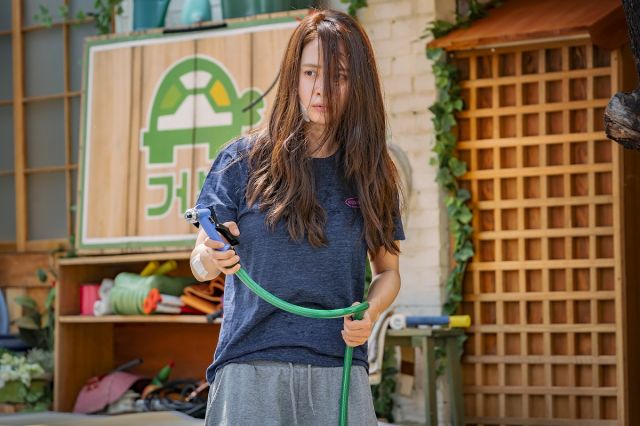 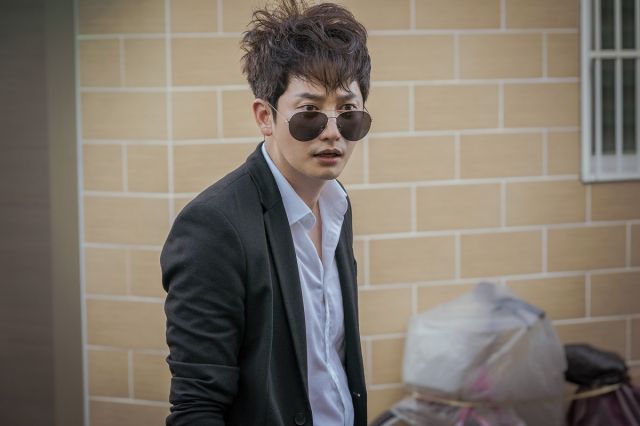 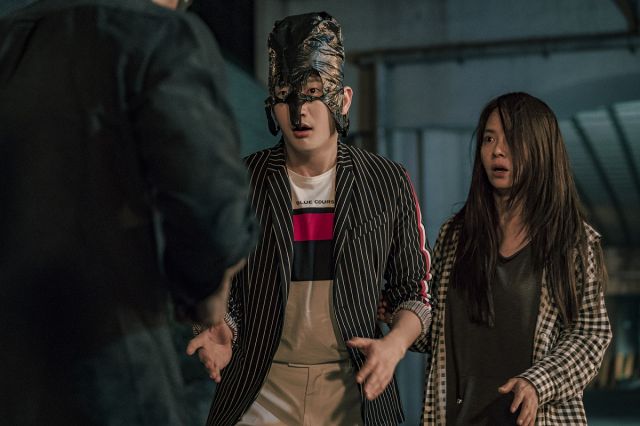 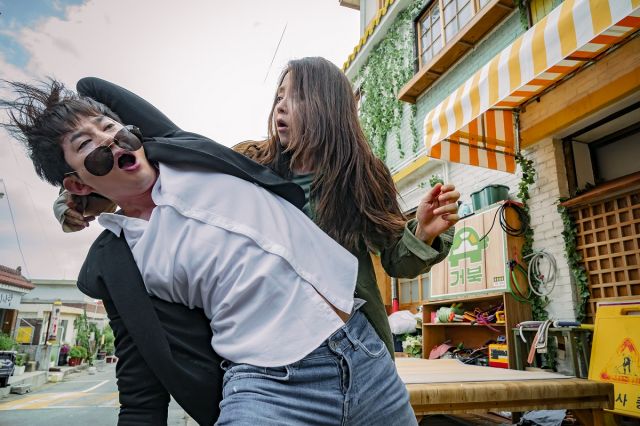 "Park Si-hoo and Song Ji-hyo's Crazy Chemistry in "Lovely Horribly""
by HanCinema is licensed under a Creative Commons Attribution-Share Alike 3.0 Unported License.
Based on a work from this source