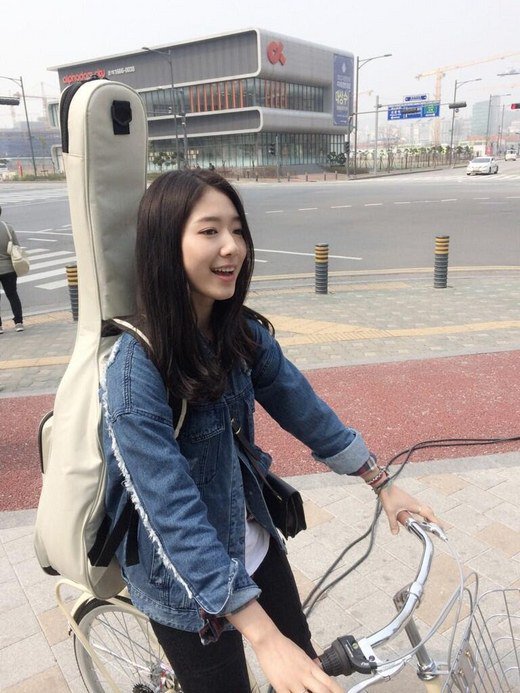 Park Shin-hye tweeted a picture on the 11th saying, "One afternoon with Geum Eun-hwa. It was awkward holding a guitar, but I tried my best. Now that it's raining, I hope you listen to the song and have nice dreams~good night!"

The picture of Park Shin-hye shows her riding a bike with a guitar on her back. "My Dear" is composed by Park Sin-won, her brother, and is written by the both of them. Park Sin-won played the guitar and features Yong Jun-hyung from Beast, in the song.

Netizens who've seen this picture said, "She's so pretty", "She looks good in her outfit", "She's a good singer" and more.

"Park Shin-hye shooting music video "My Dear""
by HanCinema is licensed under a Creative Commons Attribution-Share Alike 3.0 Unported License.
Based on a work from this source