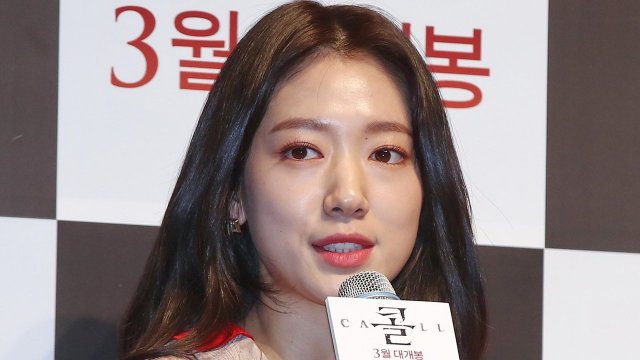 The mystery thriller travels back and forth in time, revolving around two women who are connected through a phone call as they live in a different time and space.

Park plays a woman in the present who tries to change the past, while her co-star Jun Jong-seo takes on the role of a woman who attempts to change the future.

"Of all the films and TV series that I've appeared in, I can say this film is the strongest and most intense ever", she said in a press event early this week. "Viewers will find something different from the characters that I used to portray".

Jeon, who made her debut in Lee Chang-dong's film "Burning" and also joined the cast of Ana Lily Amirpour's American fantasy film "Mona Lisa and the Blood Moon", also said, "It wasn't easy to portray such an emotional, aggressive and even violent character".

"Park Shin-hye Piques Curiosity in Her Upcoming Mystery Thriller"
by HanCinema is licensed under a Creative Commons Attribution-Share Alike 3.0 Unported License.
Based on a work from this source