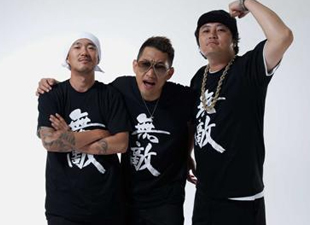 The case was filed to the Seoul Youngdeungpo Police Station on November 15th against Lee and Kim for comments made on a recent broadcast. Park is claiming that the comments made were false and offensive.

Lee had appeared on November 3rd's broadcast of KBS's Happy Together 3, where he commented on Park's lack of rhythm. Kim had then chimed in mentioning that Park was rhythmically challenged. The show had then proceeded to air old footage of Park dancing as proof.

The court case stated, "The plaintiff didn't leave the group DJ DOC on good terms. The defendants used the plaintiff's real name on a public broadcast, attacking him with comments claiming the plaintiff is rhythmically challenged. These lies told for the sake of entertainment is personally offensive and has hurt the plaintiff's reputation".

Park was a part of the popular group DJ DOC for the first album in 1994. However, his stint was brief as he was replaced by Jung Jae-yong for the second album onwards.

"Park Jung-hwan Sues Former DJ DOC Members"
by HanCinema is licensed under a Creative Commons Attribution-Share Alike 3.0 Unported License.
Based on a work from this source