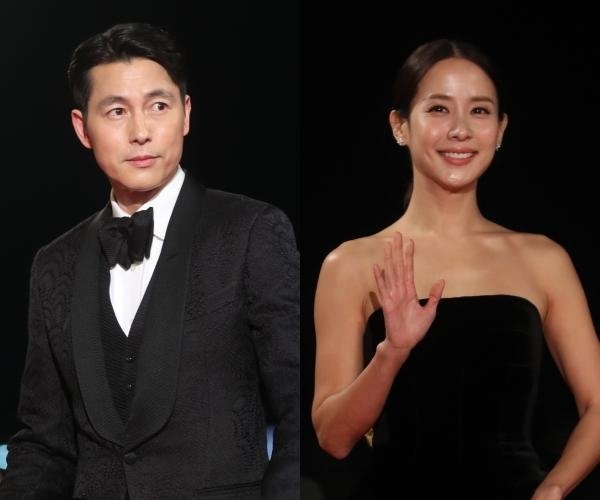 The 40th Blue Dragon Film Awards were held at Paradise City in Incheon, Yeongjongdo. The hosts were Kim Hye-soo and Yoo Yeon-seok and the event awarded 18 categories.

Director Bong Joon-ho beat directors Kang Hyeong-cheol ("Swing Kids"), Won Shin-yun ("The Battle: Roar to Victory"), Lee Byeong-heon-I ("Extreme Job") and Jang Jae-hyeon ("Svaha: The Sixth Finger") for Best Director. During his speech, he said, "I feel bad for taking this despite other such great directors. However, this is my first Blue Dragon for a Korean movie. I've wanted it. I promise to be the most creative parasite in the Korean film industry". 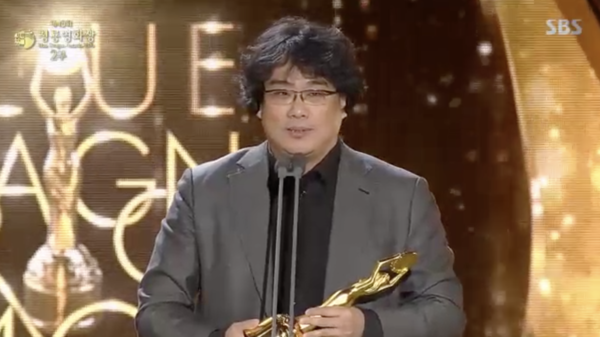 "Parasite" was honored with the Best Picture Award at the Blue Dragon Film Awards after the Palme d'Or at the Cannes Film Festival. Actor Song Kang-ho made a speech then and he said, "The movie "Parasite" gave us a present called the Palme d'Or. The greater value is the pride that we can make these movies. I salute Bong Joon-ho, the great director of the Republic of Korea, and his staff".

Cho Yeo-jeong beat Jeon Do-yeon ("Birthday") and other strong candidates to win Best Actress. She cried as she said, "I really loved Yeon-gyo from "Parasite". It is a great movie and I thought it was so unreal that we were being shown so much love. I didn't expect this one bit. I thank Bong Joon-ho for introducing me to Yeon-gyo. Acting has always been a crush of mine. It is the thought that this love will never be achieved that was a driving force for me".

The awards began with actor Lee Byung-hun's speech as explained the significance of the movie industry's 100th anniversary. Best Supporting Actor and Actress went to Jo Woo-jin from "Default" and Lee Jung-eun from "Parasite", while Best Rookie went to Park Hae-soo from "By Quantum Physics: A Nightlife Venture" and Kim Hye-jun from "Another Child". Best Rookie Director went to Lee Sang-geun from "Exit - Movie".

Chungjungwon Popular Star went to Lee Kwang-soo, Lee Hanee, Park Hyung-sik and Yoona. Actor Kim Woo-bin, who has been battling nasopharyngeal carcinoma for the last two and a half years, made an appearance this evening as well. He said, "I want to say thank you to everyone. I have not been well, but so many people have been supportive, and that's what brings me here today".