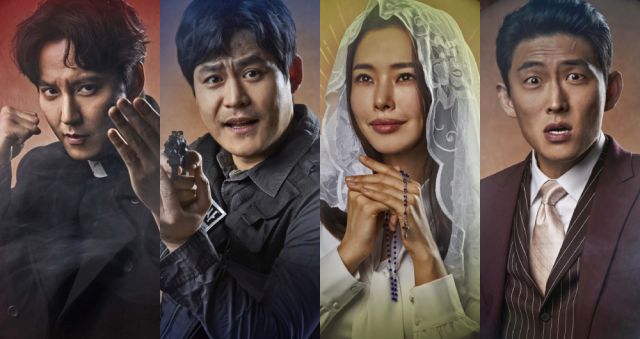 "The Fiery Priest" has been piling on the goods lately, and the latest addition to its sleek promotional campaign is its character posters, and the oddball characters in them. From its titular hero to its creepy villain, this is the weirdest bunch, and I'm loving it.

"The Fiery Priest" is an investigative comedy about a hot-blooded priest and an idiot detective who meet during a murder case and start cooperating for an investigation. Kim Nam-gil's Kim Hae-il is the mysterious priest with a temper and some wicked fighting skills. His poster reads "When you're angry, just be angry".

The idiot detective to his angry priestiness is Goo Dae-yeong (Kim Sung-kyun), and all the teaser videos will give you a good idea of how he earns his title of silliness. His poster reads "Because he's a priest, I let my guard down", so it looks like Hae-il is giving him a run for his money. Not that surpassing Dae-yeong's skills is a tall order.

Our not-so-righteous prosecutor, Park Kyeong-seon (Lee Honey) has what is probably the funniest poster, given her true nature. The ambitious woman puts on the sweetest angelic face, all the while boldly stating "I believe that I'm right". You have to admire her dedication to the image, and her determination.

Which brings me to our villain, Hwang Jeong-beom (Go Joon), the former gangster and now owner of a legitimate business, except not quite. The man is all attitude as he spouts "If I'm going to hell, I'm gonna be there to stay, okay", hinting at his resolve to govern even the actual Underworld. Our angry priest has angry competition. I can't wait to meet these characters, which will be happening on the 15th of this month on SBS. 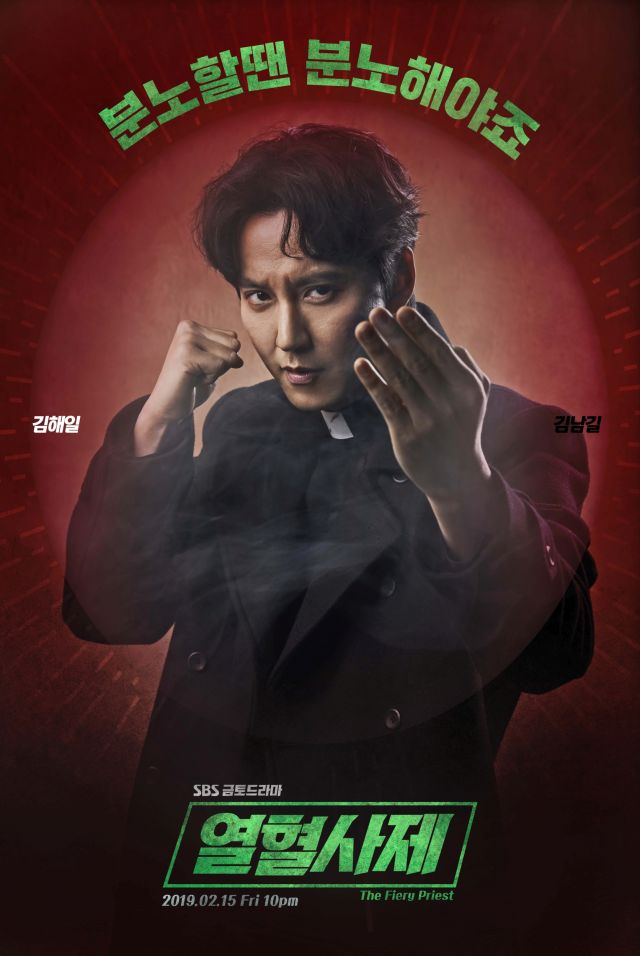 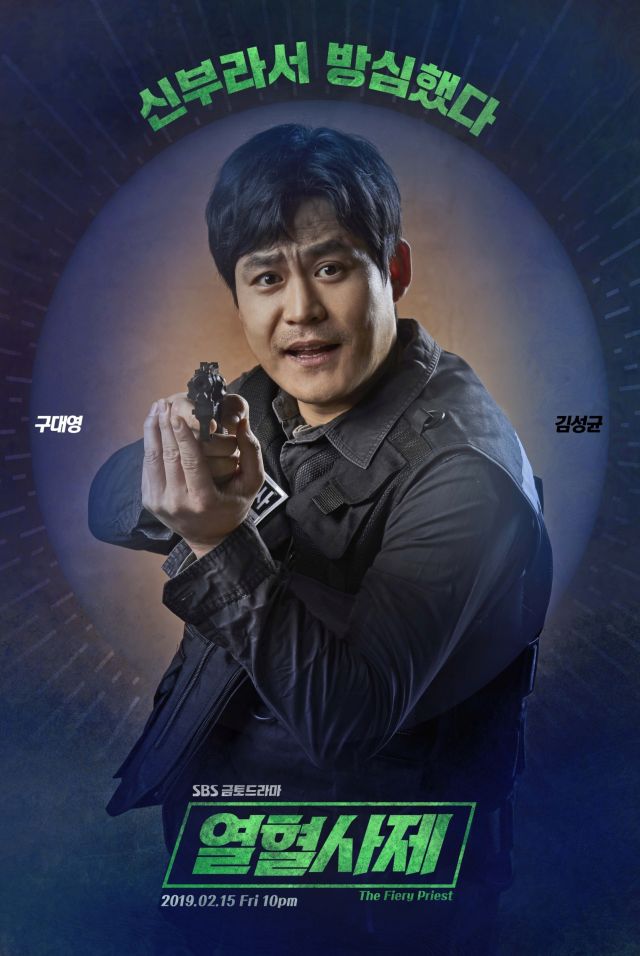 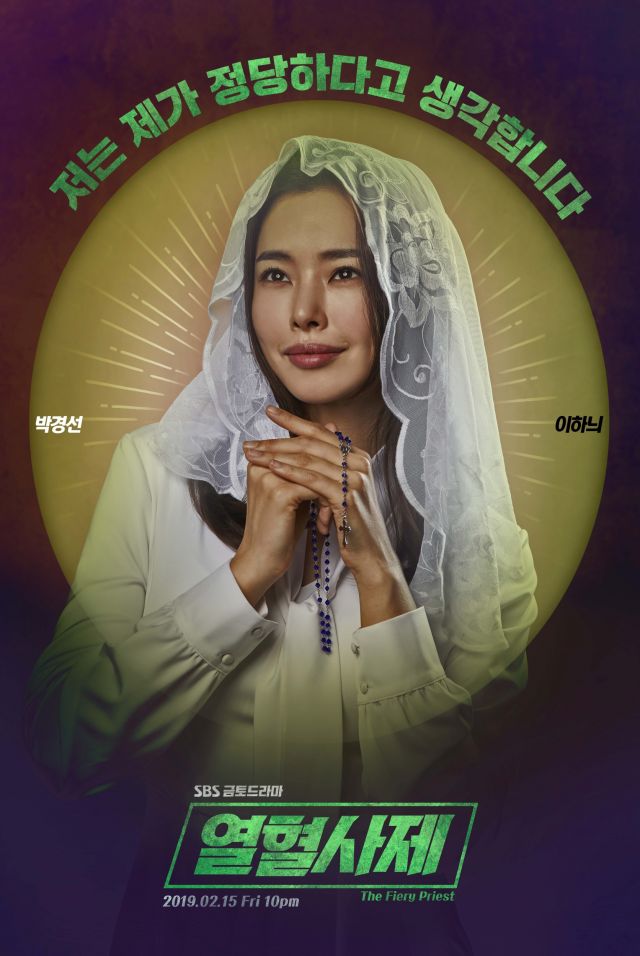 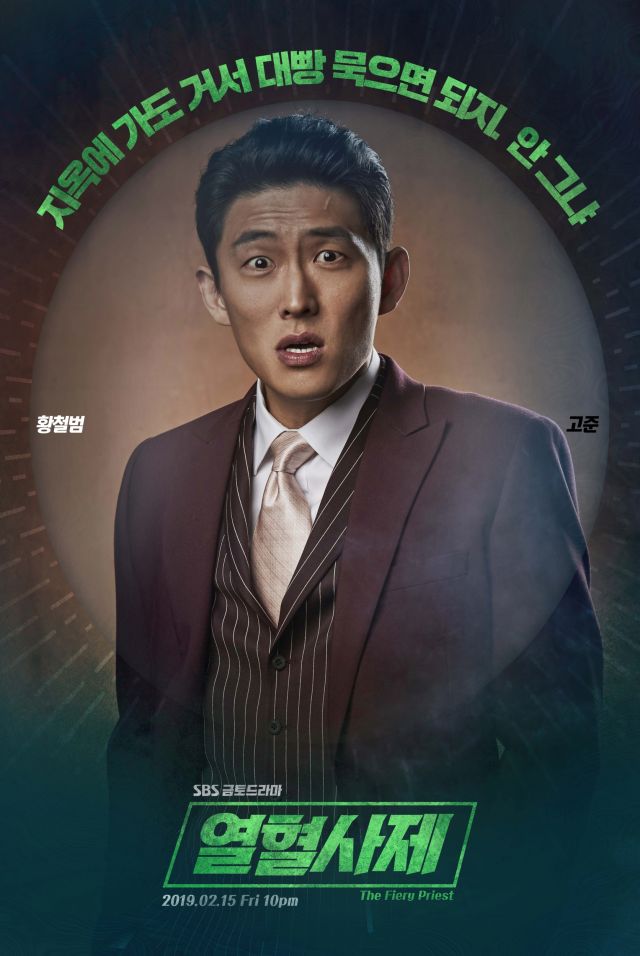