OCN's 'signature killer action' drama, "Kill It", continues to kill it with its promotional goodies, having found its home in stylish black, fuchsia, blues and purples. Sleek and futuristic, the posters have more to hide when one looks at the taglines, as the infamous Devil character of "Kill It" makes their return.

In the premise released for the drama quite early on, we read about this Devil who would become the driving force behind the protagonists. The series was described as the story of a man abandoned by the Devil, and a woman raised by them. I thought this concept was abandoned, but my assumption is now proven wrong.

The poster for Jang Ki-yong's hitman, Kim  Soo-hyeon, reads "It was yesterday that I raised him", while the one for Nana's detective, Do Hyeon-jin, reads "It is today that I raise my daughter". You sound like someone out to destroy a potential romance with deep-seated, ill-fated trauma and general evilness, and I already hate you.

This macabre possibility becomes clearer when the posters are combined into the third poster released, where our two protagonists point their guns at each other. These posters really don't lack anything style- or content-wise, so color me impressed. "Kill It" will be with us in March, and I'll be here waiting for it with snacks. 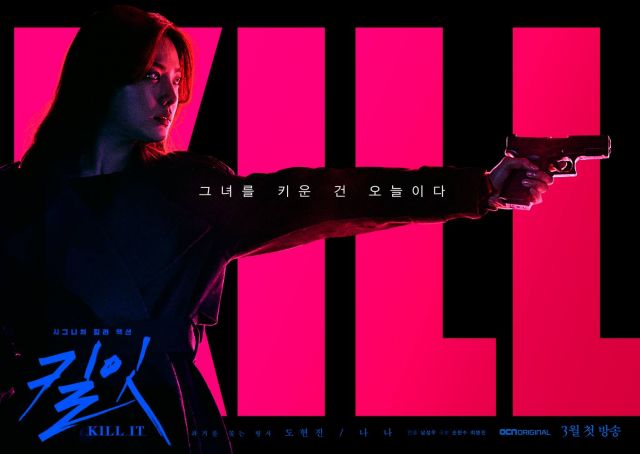 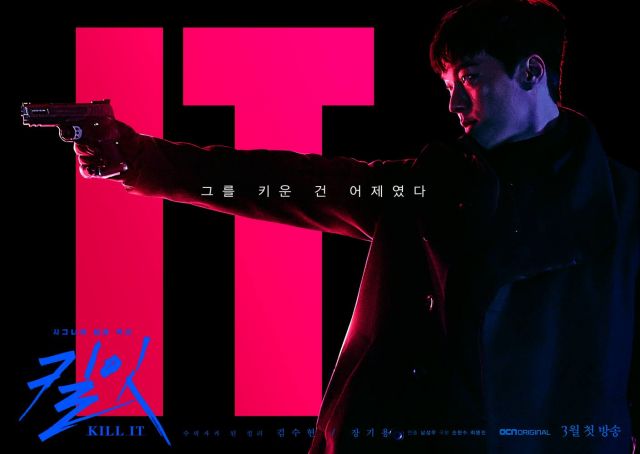 "[Orion's Daily Ramblings] The Devil Resurfaces in "Kill It" Character Posters"
by HanCinema is licensed under a Creative Commons Attribution-Share Alike 3.0 Unported License.