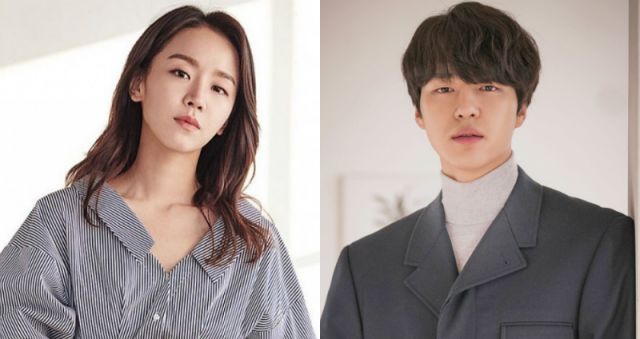 Teasing and maybes are fun, but it's good to have a confirmation to things, as certain as they may previously seem. Shin Hye-sun and Yang Se-jong have officially confirmed their starring roles in "Thirty But Seventeen", the story of a woman who wakes up after a prolonged coma.

In the drama, Shin Hye-sun plays Woo Seo-ri, the heroine who falls into a coma following an accident when she is 17, only to wake up as a 30-year-old woman. Seo-ri will be facing the challenges of adapting her 17-year-old mind to the body and life of an adult woman. Yang Se-jong plays Gong Woo-jin, a man who is always ready to stop the world. Woo-jin is a 30-year-old stage designer who avoids becoming involved with others due to a trauma he suffered 13 years ago.

She had an accident 13 years ago, he suffered a trauma 13 years ago, and this is Dramaland, so you know that angst is just creeping around the corner, waiting to strike. Obvious ill-fated connection aside, I'm curious about how the romance will work. I suppose both characters can be similarly mature, and Dramaland is no stranger to far more problematic, actual minor and adult pairings, so this one has my blessings, in comparison.

I'm not familiar with writer Jo Seong-hee's work, but directing is PD Jo Soo-won of "I Hear Your Voice", "Pinocchio" and more, so that's encouraging, as far as my experience goes. "Seventeen But Thirty" will follow "Wok of Love" in July, on SBS.