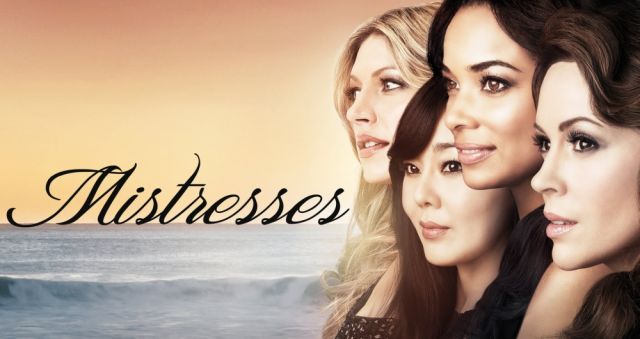 OCN is remaking ABC's "Mistresses" and the why all over my face is truly a breathtaking sight. I have not watched the original UK series or the US remake, but one look at its description and genre makes me wonder how it fits into the OCN pool in general. A soap mystery drama about women in sordid and illicit affairs does sound right up Dramaland alley, on the other hand. Just not OCN.

Don't get me wrong here, I love me more series about women, and OCN in particular is so man centric that it feels very tiring at times, but a soap opera about affairs doesn't seem like their usual premise. It does seem fitting for PD Han Ji-seung of "Sensible Love", however. As flawed as the series was, the production value was on point. I can't find much on writer Kim Jin-wook-I, and writer Ko Jeong-woon has done collaborative work so far, but they can all hopefully do well.

After "Entourage", I am very cautious when it comes to racy content translated into Korean remakes. While I have not watched the original to that either, I could tell that a big part of the appeal, at least for the Korean version, was supposed to be the racy, decadent and adult content. The problem is, wanting to take what's popular about a work and run it through cultural differences and television censorship changes it greatly. Bad reimagining left "Entourage" a complete bore. It couldn't go too naughty, couldn't go too bold, didn't develop its story or characters to compensate for the lack of scandalous content. A show like "She Is Wow" tried to be a racy soap as well and that one didn't do too well either.

So let's see. Maybe they will slowly get the hang of how to remake shows in a better way, although the flood of US remakes reveals much more deep-seated problems about the Korean drama industry's goals and methods to achieve them lately, but that's a topic for another time. "Mistress" will follow "Children of a Lesser God" on OCN.