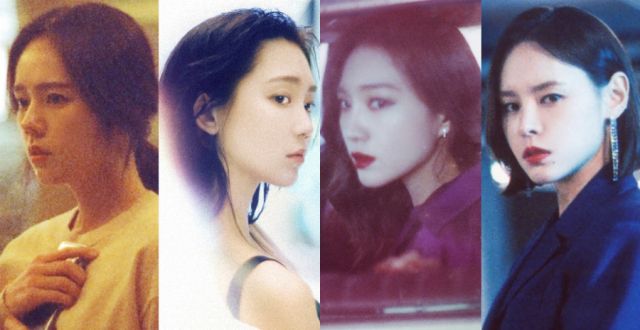 Despite my alarms over this drama blaring, a woman-centric OCN show is something I need at least one good look at, and the character posters released for "Mistress" are simply too intriguing to pass. A series about relationship intrigue might feel like an unusual choice for the channel, but there is a twist.

"Mistress" is a sensual mystery thriller that deals with the troubles and twisted connections between four women with secrets, and the men in their lives. It follows the entanglement of an average cafe owner, a psychiatrist, a teacher and a law firm manager who become involved in a murder case. 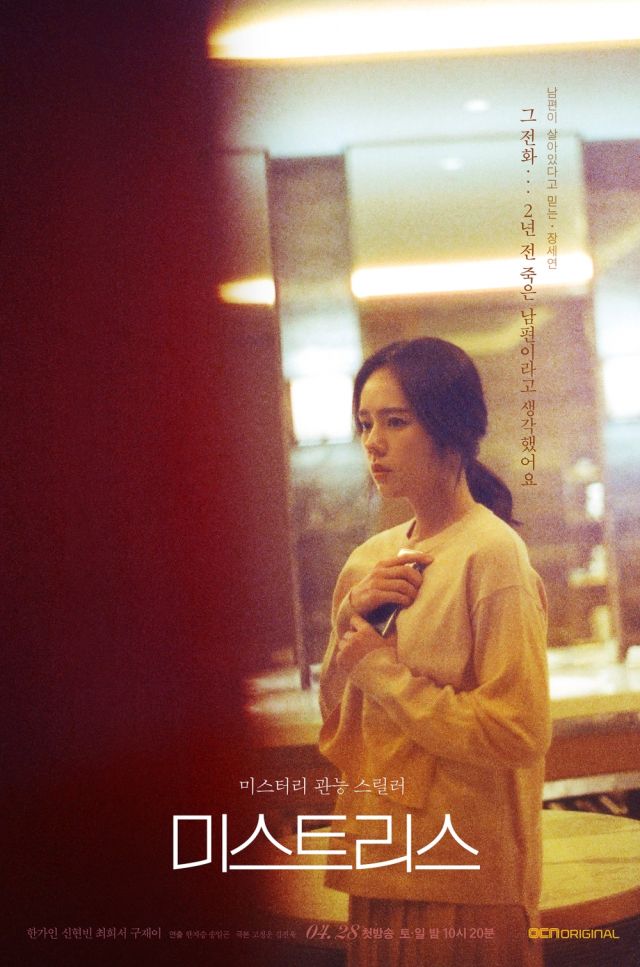 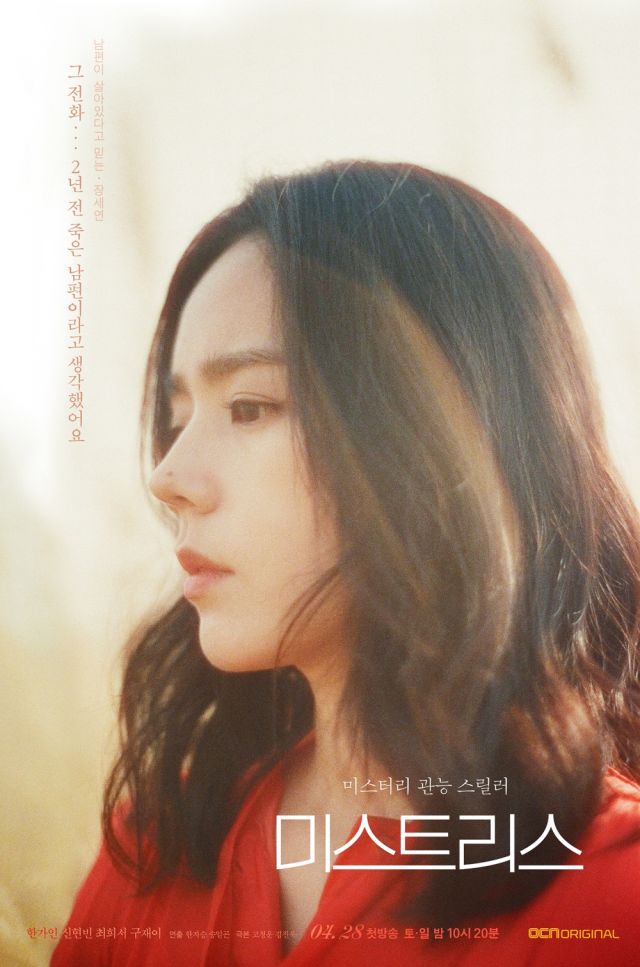 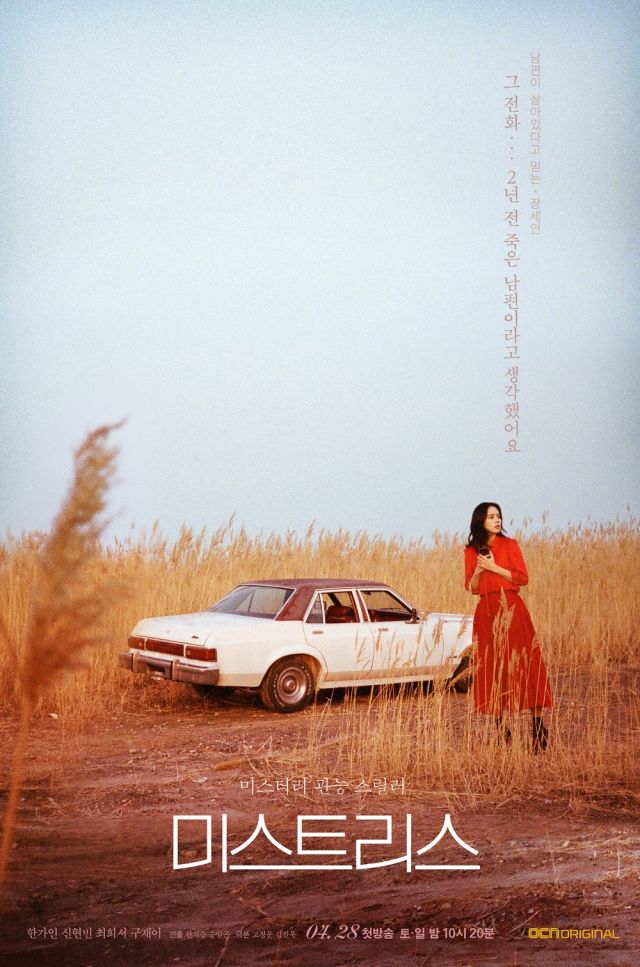 I have been conflicted over "Mistress" for a number of reasons, but the con and the pro ones boil down to two main ones. Sensually daring in Dramaland just won't work. "Misty" was given a 19+ rating for some kissing and a bare shoulder, so a Korean drama trying to promote itself as a sensual series feels like a lost cause. The scandalous affairs of glamorous people is already not my thing, but one devoid of what sounds like its selling point brings back "Entourage" memories.

This is where the twist found in the premise above comes in, however, and where my interest feels a little pang of life. The drama has added a thriller mystery genre and the aforementioned murder, so this may just become one of the few cases where the original main appeal becoming a gimmick would be wise. A mystery thriller helmed by a group of actresses would be great, especially coming from a channel which is sorely lacking gender balance. 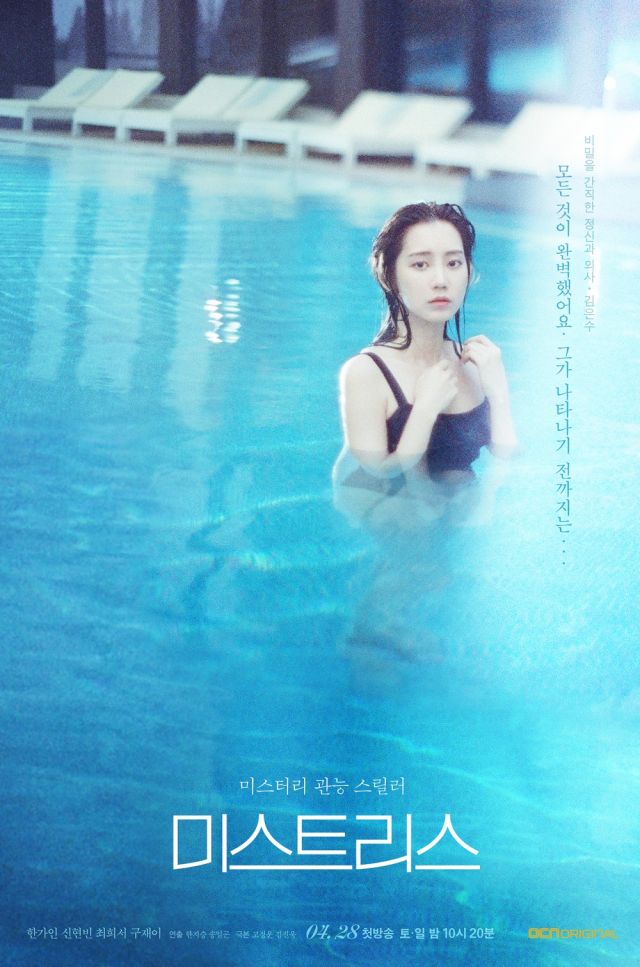 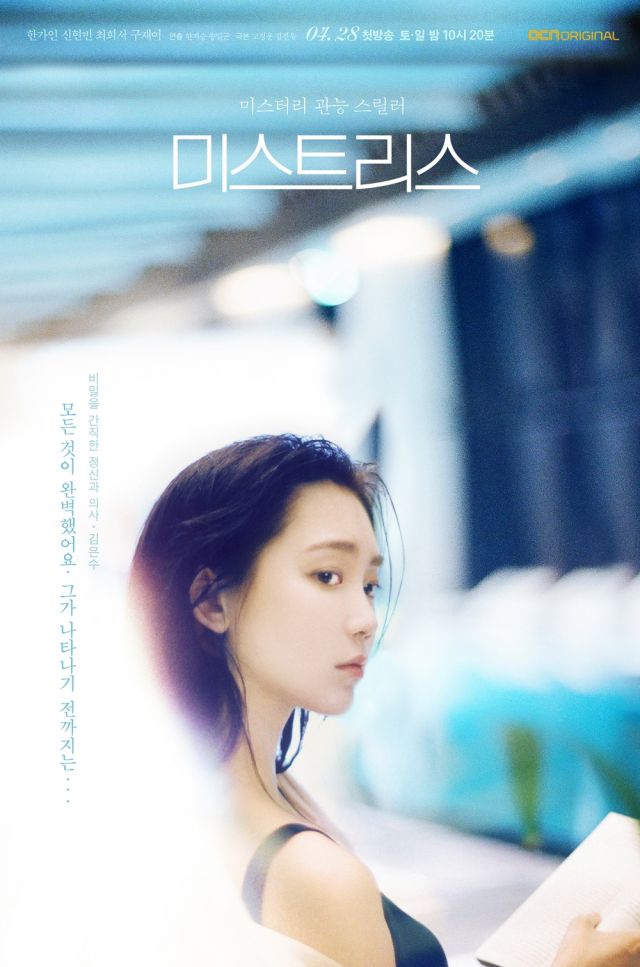 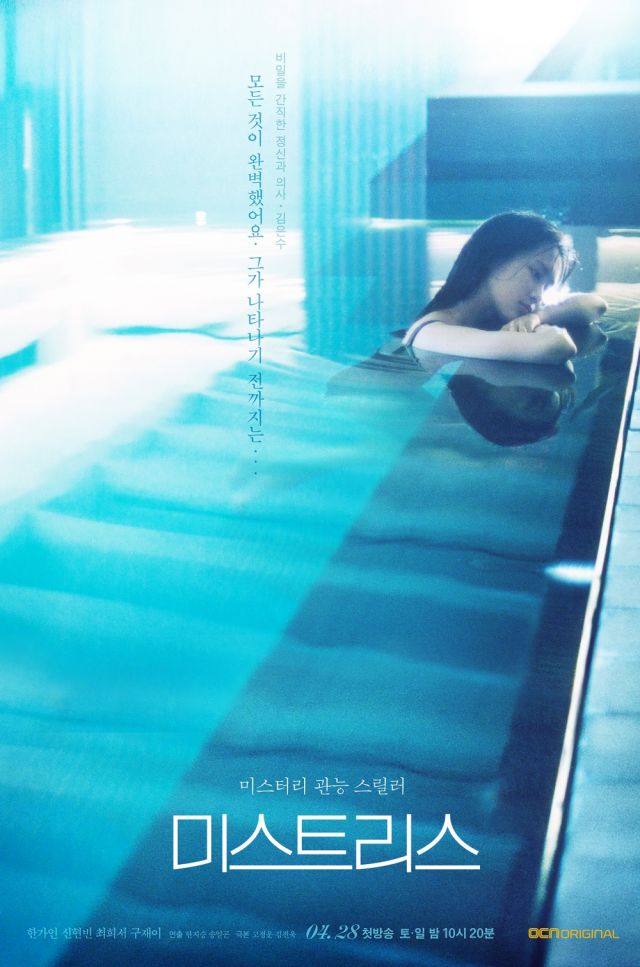 This may not be the woman-centric crime series I would have wanted and expected from the channel, but any women's stories well told will be another step in the right direction for OCN. "Save Me" and its great heroine made that crucial first step last year, so I think it's about time we see more non-traditional women's roles from them.

The posters themselves are just stunning. They each give their tidbit about the characters, from Han Ga-in's, who thinks she has received a phone call from her dead husband, to Goo Jae-yee's carrying luggage big enough to hold an adult human body. I'm still more worried than excited for "Mistress", but I may just give it a look-see when it airs. 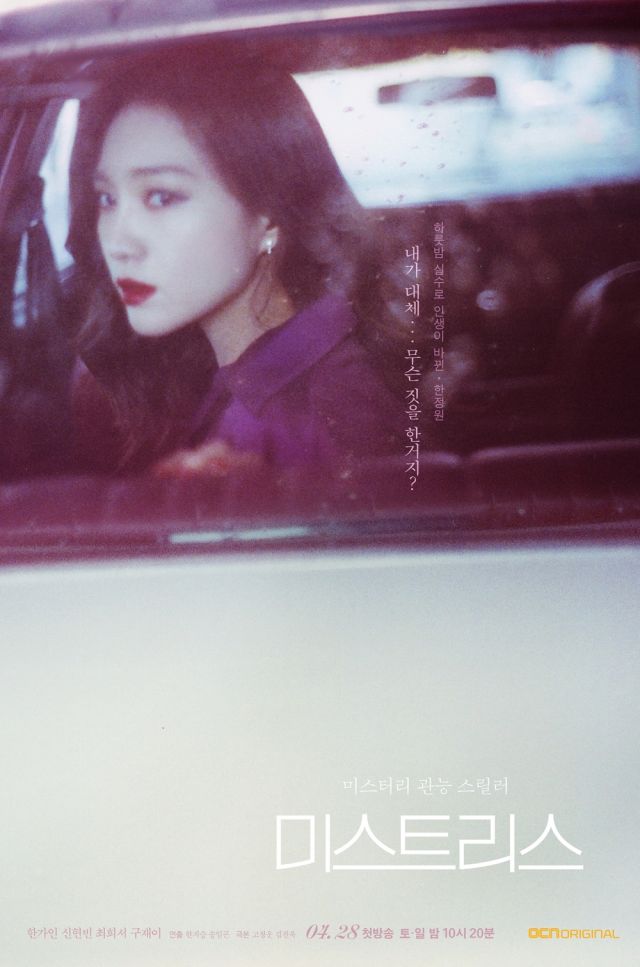 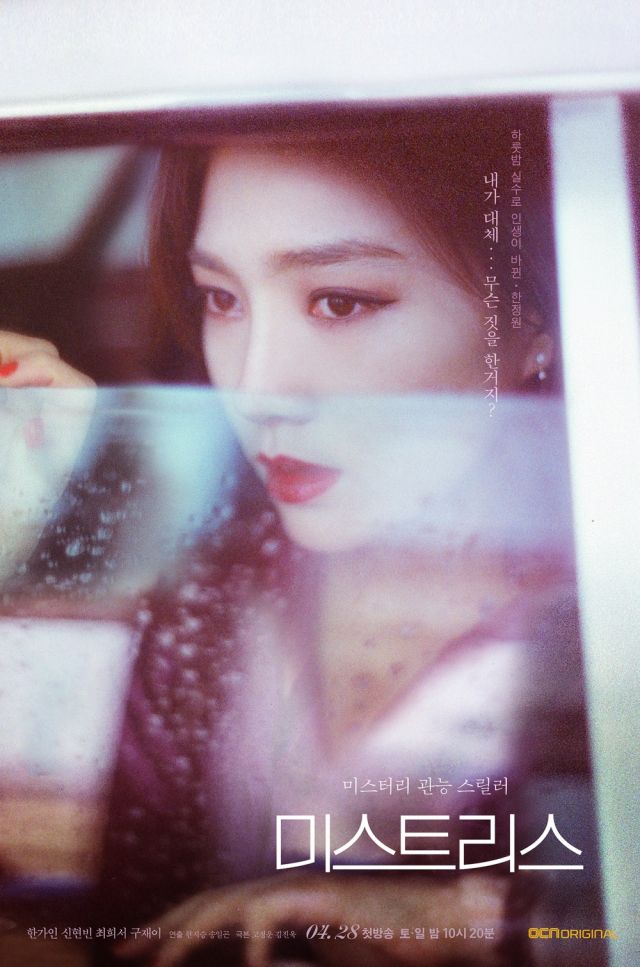 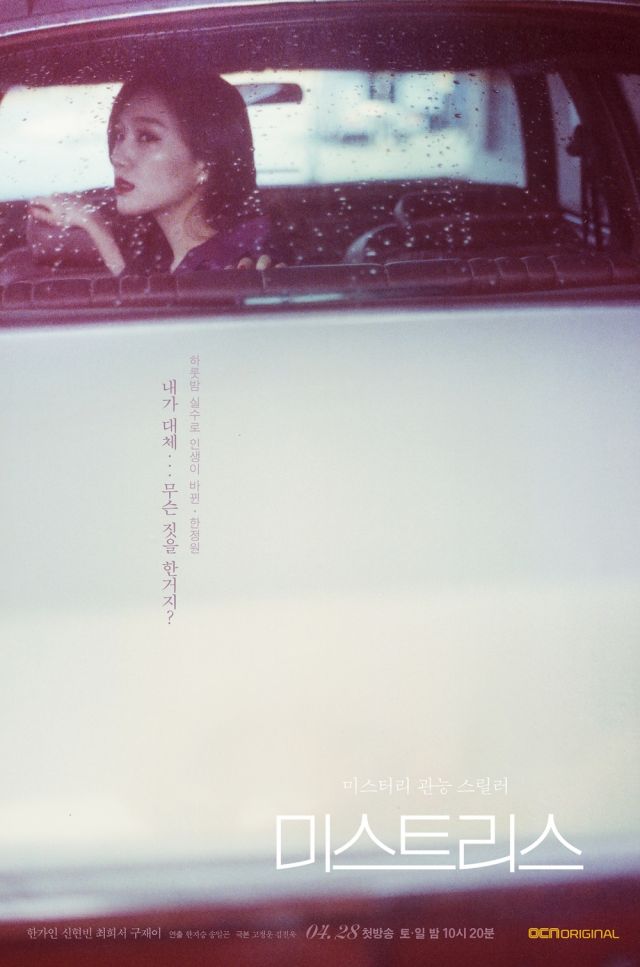 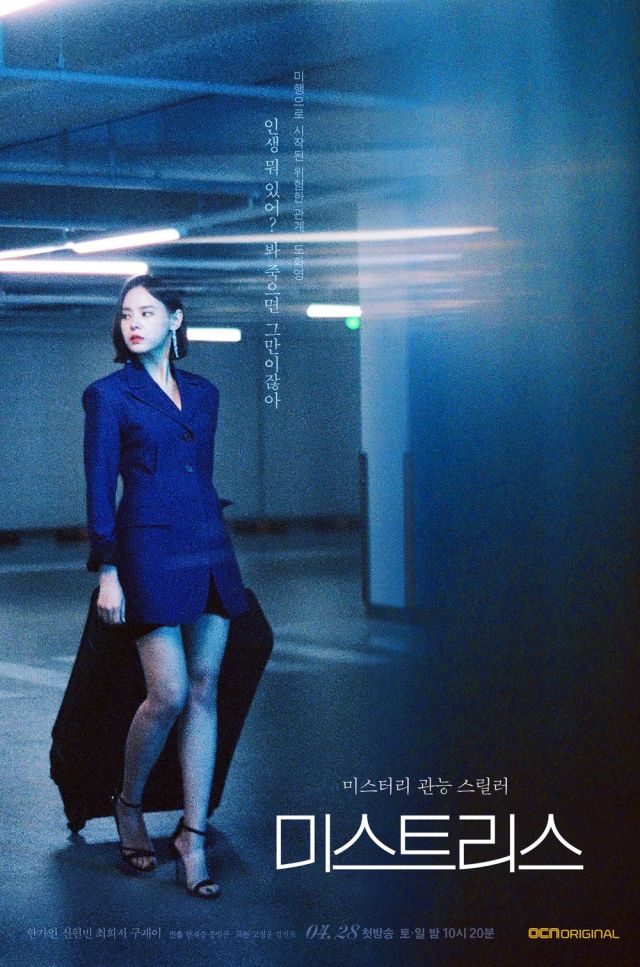 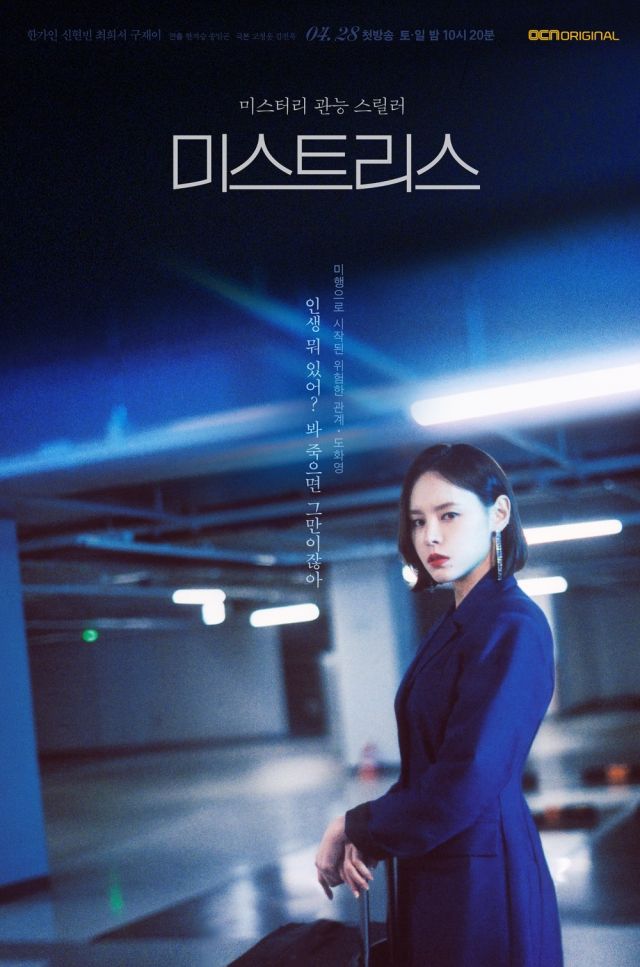 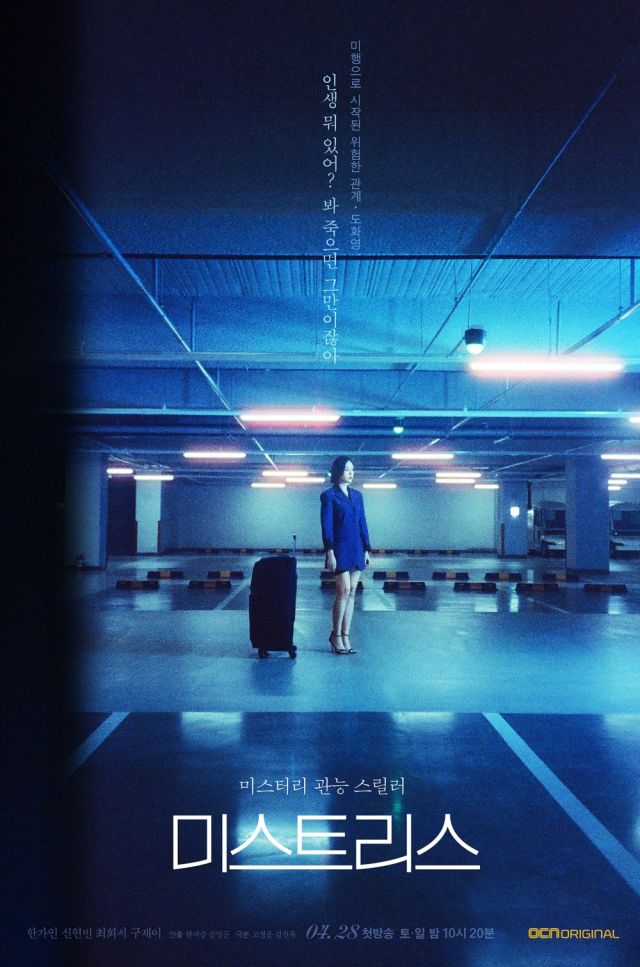 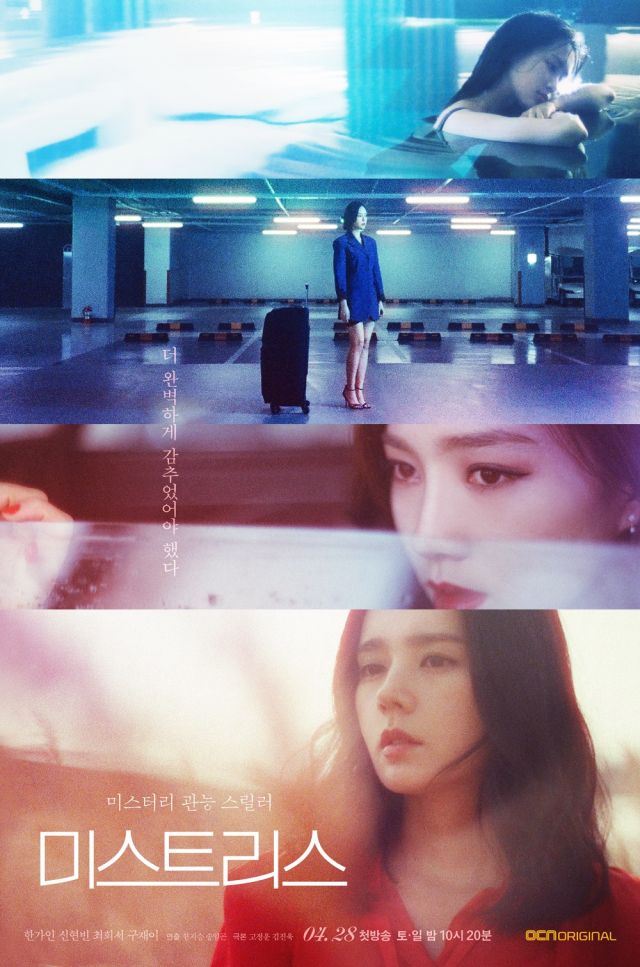