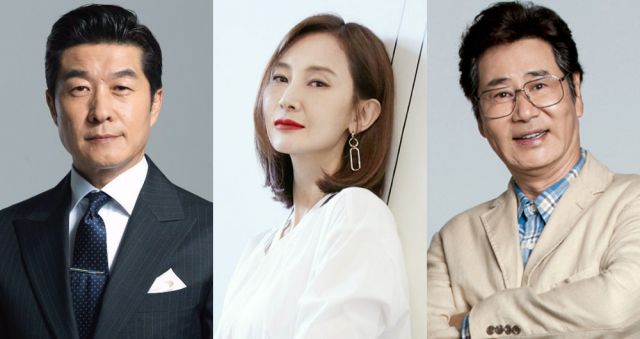 Previously teased back in April, "The Banker" is finally becoming a reality, and Kim Sang-joong is going to be joined by fellow heavyweights Chae Shi-ra and Yoo Dong-geun in this adventure. Now this is the type of casting that makes life beautiful, isn't it?

"The Banker" is based on a Japanese manga, and its Japanese drama adaptation, "Auditor Nozaki Shuhei". The Korean adaptation is reported as a financial office drama that tells the story of those struggling to protect justice against the corruption and absurdity of large banks hoarding money and power.

Kim Sang-joong confirms his previously offered role as auditor No Dae-ho, a man of purity and integrity. Chae Shi-ra plays a charismatic career woman, and Dae-ho's partner, while there's currently no information on Yoo Dong-geun's role. Basics are good, and this is a great start at them!

"The Banker" is written by Seo Eun-jeong ("Salamander Guru and the Gang", "Soonpoong Clinic"), Oh Hye-ran ("Drama Festival - The Sleeping Witch") and Bae Sang-wook, and helmed by PD Lee Jae-jin-II ("Unique Daughters-in-Law", "Woman with a Suitcase"). It will premiere on March on MBC.