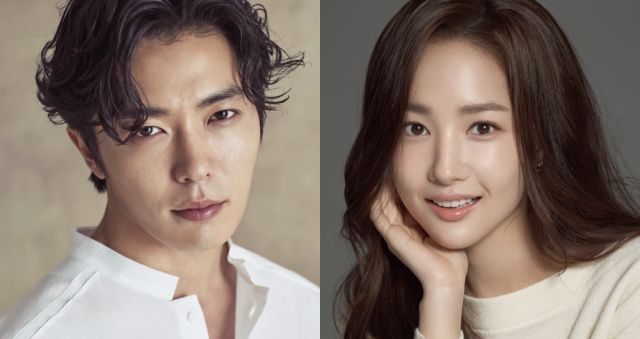 Fans rejoice, for Kim Jae-wook might finally be getting that leading role in a rom-com we've all been chanting to the Drama Heavens in unison. The actor has been offered a leading role in tvN's upcoming "Her Private Life", where he will join Park Min-young, should she also accept her role offer.

"Her Private Life" is about an idol fangirl who tries to hide her hobby due to her prestigious job as a senior curator at an art museum. This secret is in danger of being exposed when a man named Ryan Gold becomes the museum's director, which is the role Kim Jae-wook is being courted for.

It all sounds great so far, but there's a catch. Ryan is a man with a mysterious aura. While he looks cynical on the surface and doesn't say much, he loses his temper at even the slightest mistake, becoming very harsh. That sounds an awful lot like an abusive man-baby, series. We need to have a word about that.

I love the idea of the two actors as an on-screen pair, but I'll keep my expectations low for now, and hope for the best. The drama will be written by Kim Hye-young, and the PD will be Hong Jong-chan of "Life", "The Most Beautiful Goodbye" and "Live Up to Your Name". "Her Private Life" will premiere in the first half of this year.