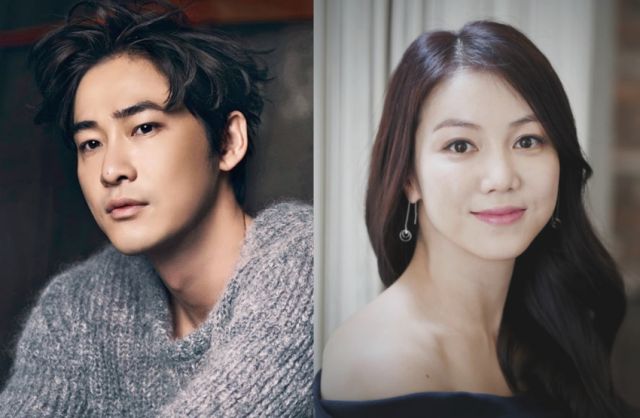 Now this is more of an Ori-work and the casting makes me happy beyond words. Previously teased main duo for OCN's latest crime thriller have now confirmed their appearances and "Children of a Lesser God" will be with us on February 2018. The drama features two clashing personalities working together to solve crime.

Kang Ji-hwan plays a genius, because Dramaland cannot breathe without those, and his personality focuses solely on numbers and logic. He boasts his IQ of 167 and I bet that wins him a lot of friends. Better on the human interaction department, our heroine is a rookie with a bright personality and a special gift making her more capable than even veteran officers; she can predict people's death. The two work together to find a serial killer hiding among the homeless.

Personally pleasing casting aside, I can't say the duo sounds very exciting so far. I've about had it with cold, arrogant man-geniuses and bubbly accompanying women, but it also feels odd in an OCN series. I just hope there won't be a forced romance, because I'm not a fan of that prospect. At least not if it won't be an integral part of the story and instead end up messing with its main concept. I'm looking at you, "Black". I'm still judging you.