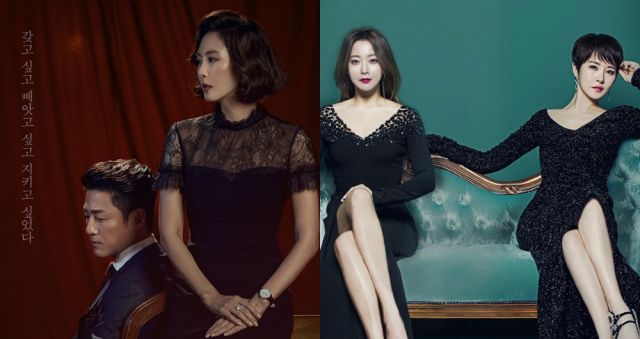 Dramaland is no stranger to remakes, and BBC Studios series have been all the rage as of late. JTBC will be remaking "Doctor Foster" (Now "The World of the Married"), a series about a woman who suspects that her husband is having an affair. The original aired two seasons in 2015 and 2017, and it was also broadcast in South Korea through KBS 2TV.

BBC's Media Center has already reported on the drama, and it looks like the production has everyone's interest and blessings. I can definitely see why. "Mistress" didn't exactly thrive in the ratings, and "Less Than Evil" has yet to air, but "Life on Mars" has done well. All three dramas, which are based on BBC content, show the intent of continued collaboration.

The premise does sound like something which could turn awfully soapy, especially when translated into Korean drama, which already has that tendency for the infamous makjang. I tend to distrust remakes, because Dramaland has failed at them more often than it has succeeded, but jTBC is a solid channel with previous experience in highly dramatic content.

The Osen piece reporting on this news yesterday title drops works like "Woman of Dignity", "Misty" and "SKY Castle" as woman-centric series that tackle their approach head on. I need to know the creators before gauging this, however. Additionally, considering the station's success with these shows, I share the reporter's sentiment on this being one audiences, I included, are interested to meet the heroine of. Fingers crossed for this one.