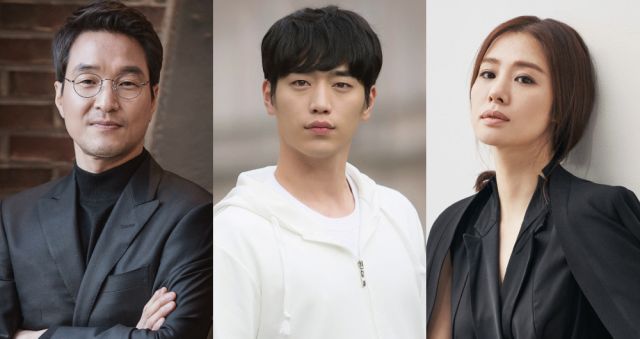 Han Suk-kyu ("The Prison", "Dr. Romantic") plays Do Chi-kwang, the leader of the anti-corruption investigation team. The intelligent elite officer once took great pride in catching criminals, but a series of incidents open his eyes to the corruption within the force, and the importance of being aware of it. Since then, he has worked as the leader of this investigation team, judging firmly and fairly, without being swayed.

Seo Kang-joon ("The Third Charm", "Are You Human Too") is Kim Yeong-goon, a mobile patrol officer. In order to hide his kind and warm personality, he acts tough and cold at work. While volunteering as a patrol member in order to work solo, he has a chance meeting with Do Chi-kwang, who is connected to his traumatic past. Yeong-goon decides to face his demons and search for the truth as a member of Chi-kwang's special team.

Kim Hyun-joo ("Miracle That We Met", "Fantastic") plays famous lawyer Han Tae-joo, who was formerly an elite prosecutor. Tae-joo barely made it out alive from a dangerous situation that arose while she was conducting a thorough investigation in hopes of proving herself to the police and prosecution. Following her resignation she opens a law firm defending criminals, eventually having a fateful meeting with Chi-kwang, and joining his team.

According to previously released news, Tae-joo uses her law firm as a way of fooling criminals into backstabbing their organizations later, so joining Chi-kwang seems like a natural next step. "WATCHER" is penned by Han Sang-woon ("The Good Wife", "Spy - Drama"), and helmed by Ahn Gil-ho ("Memories of the Alhambra", "Secret Forest"). It will premiere in the second half of this year.