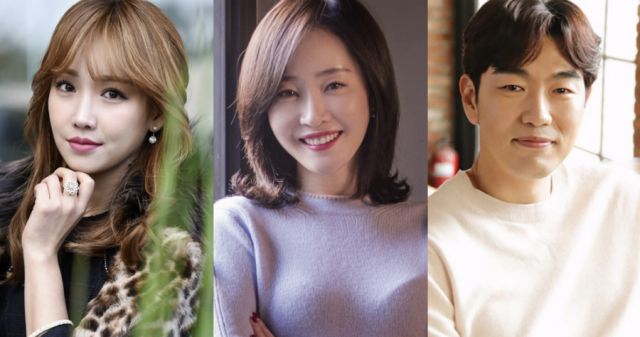 After a round of casting courtship, actors Lee Yu-ri, Uhm Ji-won and Lee Jong-hyuk will be forming a powerhouse trio for "Spring Turns to Spring", a fantasy comedy following the body swapping of a self-centered anchor, and an actress turned congressman's wife who only cares about her family. It tells the story of how these two women will recover their true selves.

Lee Yu-ri plays anchorwoman Kim  Bo-mi. While she is perceived as a daughter of a rich family due to being beautiful and cultured, she actually comes from a financially poor background. Uhm Ji-won is the once famous actress who became a perfect wife and mother after marriage, but whose life is about to change unpredictably due to the supernatural predicament.

Lee Jong-hyuk plays Lee  Hyeong-seok, a man who works at Kim  Bo-mi's broadcasting station, and who gets very worked up whenever he sees her. Choi Byung-mo plays Park Yoon-cheol, the husband of Uhm Ji-won's character. The series has also cast Son Eun-seo, Kim Nam-hee-I, Oh Young-shil, Ahn Se-ha, Kim Kwang-kyu and others, so it looks like it's really kicking into gear.

There doesn't seem to be any info on the writer yet, but the series will be helmed by PD Kim Sang-ho-I ("Man to Man", "Splendid Politics"), and it is being produced by JS Pictures, which has created dramas such as "Woman of Dignity" and "Avengers' Social Club". I'd say that's capable hands for such a story. "Spring Turns to Spring" will follow "Children of Nobody" on MBC in January.